Indian Air Force had dropped bomb on the Kartarpur Sahib Gurdwara with an aim.to destroy it: Report
9 Nov, 2019 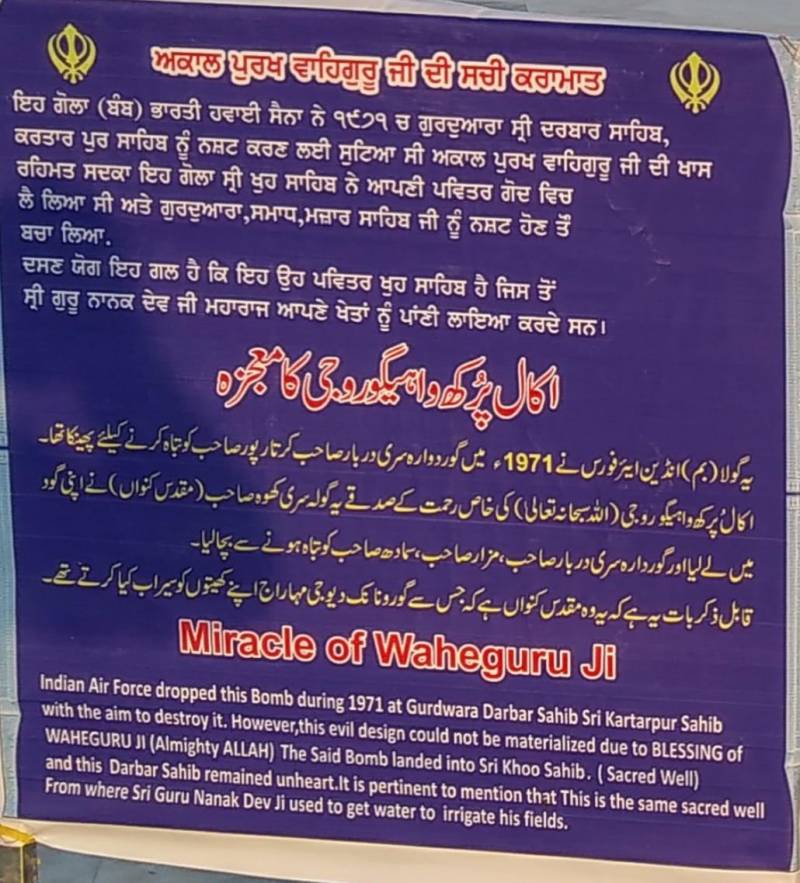 ISLAMABAD - Pakistani has put up a banner inside the Kartarpur Sahib Gurudwara premises, which states that "Indian Air Force had in 1971 dropped a bomb at Gurudwara Darbar Sahib Sri Kartarpur Sahib with an aim to destroy it."

Pakistan has also mentioned that the "bomb landed into the sacred well which was used by Guru Nanak Dev."

"Indian Air Force dropped this bomb during 1971 at Gurudwara Darbar Sahib Sri Kartarpur Sahib with the aim to destroy it.

However, this evil design could not be materialised due to the blessings of Waheguru ji (Almighty Allah). The said bomb landed into Sri Khoo Sahib (sacred well) and Darbar Sahib remained unhurt.

It is pertinent to mention that this is the same sacred well from where Sri Guru Nanak Dev Ji used to get water to irrigate his fields," reads the text on the banner.