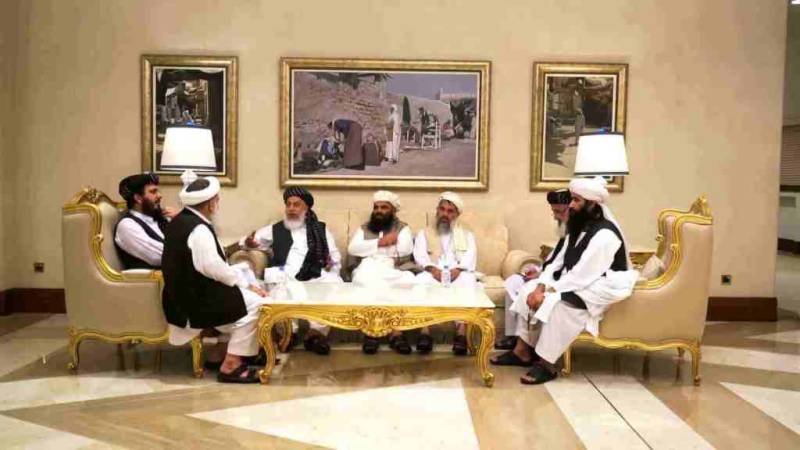 KABUL - Afghan Taliban reject a 'secret meeting' with the Afghanistan Government delegation from the Office of Afghanistan’s National Security Council.

The delegation has secretly traveled to Qatar, aimed at meeting with the political representatives of the Taliban insurgent group, a source close to the Taliban told Ariana News on Saturday.

Waheed Muzhda, a pro-Taliban political analyst who is familiar with the talks, said Saturday that the delegation will ask Taliban to announce a ceasefire in exchange for the release of their prisoners, including Anas Haqqani, a key member of the Haqqani Network.

According to Muzhda, President Ashraf Ghani’s delegation will also call on Taliban to hold direct talks with Afghan government negotiators, during an intra-Afghan meeting that will be held in Beijing, in the near future.

However, Taliban leaders have not accepted to meet with Ghani’s visiting delegation in Doha, the capital of Qatar, a source close to Taliban said.

Apparently, the delegation is currently busy meeting with Qatari officials.

The Office of National Security Council and Taliban’s political office in Qatar denied to make comments in this regard.