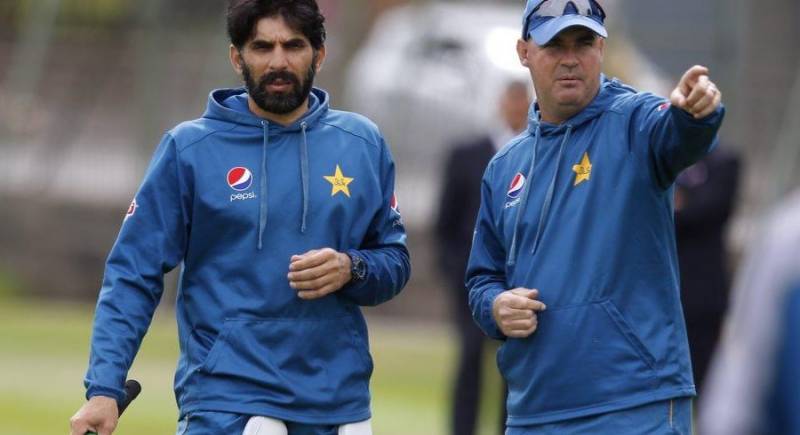 ISLAMABAD - Former Pakistani head Coach Mickey Arthur reminds Pakistan of the winning formula of T20 international after the disgraceful defeat at the hands of Australia in recent T20 series.

Former Pakistan Head Coach Mickey Arthur has urged the Men in Green to stick with to what had worked for them in the past, after the world’s number one ranked Twenty20 International (T20I) side suffered a series defeat at the hands of Australia.

While talking during a television show, Arthur said that, bearing in mind the next year’s T20 World Cup, Pakistan don’t have time to chop and change things, Cricket Pakistan has reported.

“Babar said that Pakistan are learning. A couple of months ago, they were the number one ranked side and went 11 series unbeaten. I'm not sure that what got us to number one was worth changing,” said Arthur. “Learning is not for me now, we're a year out from a T20 World Cup and Pakistan are still the number one side. Put the learning away and go back to what's worked for you, because what worked got you to the top.”

The South African also questioned Pakistan’s, who lost their second consecutive T20I series, decision to drop some of the key members of the side.

“There were some key players who played big roles for us, the likes of Sarfaraz, he's ahead of the game in T20 cricket. Mohammad Hafeez, Shoaib Malik, bit of experience. Shaheen Shah Afridi and Hasan Ali, these are big shoes to fill. Those guys are there, apart from Hasan,” he said.

The 51-year-old also heaped praise on captain Babar Azam and, especially, middle-order batsman Iftikhar Ahmed for being the only two Pakistan batsmen who left the series with their head held high.