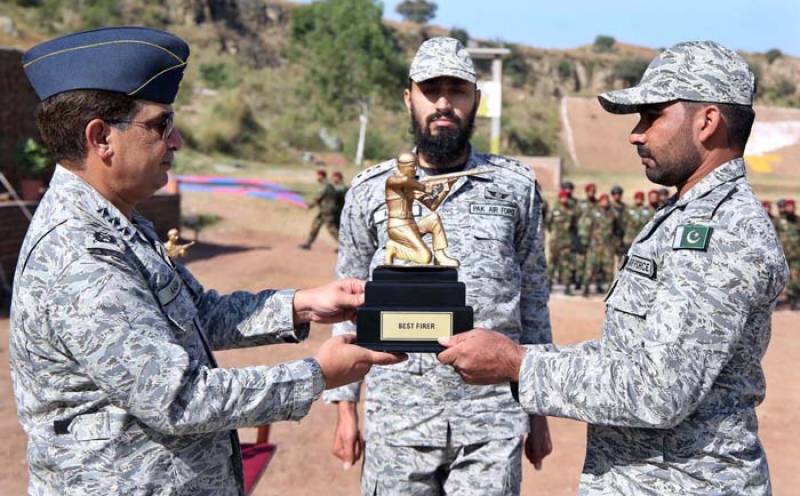 Air Marshal Aasim Zaheer, Vice Chief of the Air Staff, was chief guest on the occasion.

A total of 321 PAF personnel including 23 officers successfully completed their rigorous training conducted by the Special Services Wing of Pakistan Air Force.

An important feature was the participation of 04 lady officers in the course, where they underwent a strenuous and demanding drill alongside their male comrades.

The Chief Guest awarded badges and trophies to the personnel who successfully completed this arduous course.

The participants of the course presented live demonstration in armed combat situations and also displayed their sniper shooting skills by taking out the targets with pin point accuracy.

Another important event of the ceremony was rappelling in which the participants presented a thrilling display of shooting the targets while coming down from the hill.

The participants also carried out a mock attack on a terrorist hideout, displaying their armed and unarmed combat skills.