A big foriegn policy victory of Pakistan against India
9 Nov, 2019 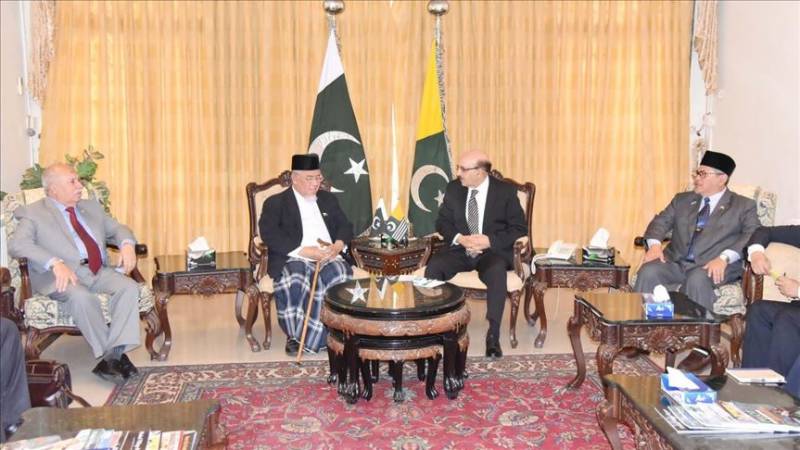 ISLAMABAD - Member states of the Association of Southeast Asian Nations (ASEAN) will form an advocacy group for Indian-administered Jammu and Kashmir, according to a statement released Friday by Pakistan-administered Kashmir.

A 16-member ASEAN parliamentary delegation said during a visit to Muzaffarabad, the capital of Azad Jammu and Kashmir, that the multi-national body would "seek justice for the Kashmiri people."

"We would contact parliaments of the regional countries, and are also trying to use the mosques network to launch a big Kashmiri campaign," said Haji Mohammad Azmi Abdul Hamid, who is head of Malaysian Consultative Council for Islamic Organization.

Lawmakers from Malaysia, Indonesia, Brunei, Thailand and Cambodia visited the region where they met cross-section of people including President Sardar Masood Khan.

Mohammad Azmi said the advocacy group would use non-governmental organizations based in ASEAN countries to mobilize the "Kashmir campaign".

"[We] fully realize the agonies of Kashmiri people. [Our] visit aimed to declare support and express solidarity with the Kashmiri people," he said, suggesting that an ASEAN media delegation may be sent to visit Azad Kashmir and Pakistan.

The members of the group criticized "criminal negligence" of the UN Security Council on Kashmir and condemned treatment of children by Indian forces in the region. They stressed the need for a peaceful political solution to the Kashmir issue in light of UN resolutions.

"We hope they will extend support to them in their just struggle towards their right to self-determination," Khan said.

Khan regretted that the UN had "failed to raise an effective voice against genocide and the trampling of human rights of the Kashmiri people".

"The UN Security Council is not concerned over the happenings in occupied Kashmir, as its [UNSC] President Karen Pierce has denied debating on Kashmir this month. It appears that the Security Council is waiting for the complete annihilation of Kashmiri people," Khan said, asking, “If not now, then when?”

"This is a war between humanity and inhumanity," said the statement by the Azad Jammu and Kashmir presidency, adding that the world must wake up and realize the pain and agony of Kashmiris.

Khan thanked Malaysia, China, Turkey and Iran for “adopting a clear stand in support of the people of occupied Kashmir".

From 1954 until Aug. 5, 2019, Jammu and Kashmir enjoyed special status under the Indian Constitution which allowed it to enact its own laws.

The provisions also protected the region's citizenship law, which barred outsiders from settling in and owning land in the territory.