Why is Pakistani Rupee constantly falling against US dollar?
9 May, 2022 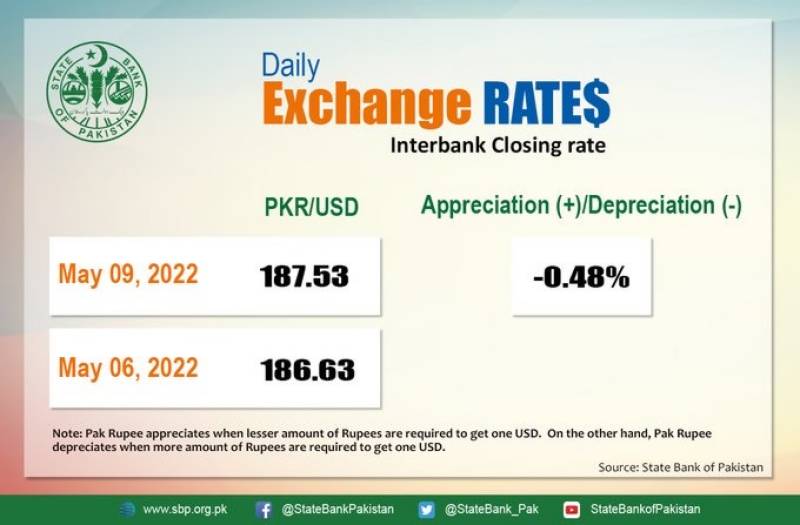 *Pakistan's rupee extended its decline for a third successive session on Monday as depleting foreign exchange reserves and uncertainty over revival of the International Monetary Fund (IMF) programme mounted pressure on the local currency. Resultantly, rupee depreciated by 0.48% against the US dollar in the inter-bank market.*

Oil prices link, a major determinant of currency parity, slipped on Monday alongside equities and weighed down by a strong dollar and demand concerns on the back of continued coronavirus lockdowns in China, the world's top oil importer.

Arif Habib Limited Head of Research Tahir Abbas said uncertainty on the IMF front is the primary factor driving rupee’s depreciation against the greenback. Uncertainty over the programme also resulted in selling pressure in Pakistan stocks, which plummeted throughout the day as well.

“According to preconditions, the global lender wants Pakistan to end the subsidy being given on oil and energy prices,” he said. “Moreover, friendly countries will also extend aid only when the IMF programme is revived.”