Nawaz Sharif announces rebellion but against whom remains unclear
9 Mar, 2018 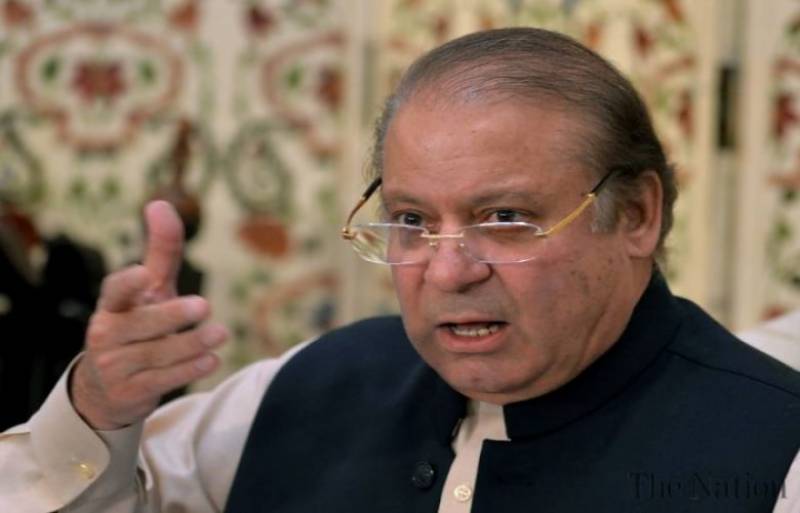 BAHAWALPUR- Nawaz Sharif on Friday slammed the trend of “disrespecting the vote” and said he will ensure the sanctity of vote is respected.

“No stone was left unturned to destroy Pakistan in the last 70 years…I rebel against whatever has been happening in the 70 years,” he said in an address to a rally here.

The deposed premier reiterated his objection to his disqualification by the Supreme Court and said he was sent packing because he did not draw salary from his son’s company.

Criticising political opponents, he said his party rid the country of major issues that no other party did.

"Has any other party built a motorway or power plants in the country," Nawaz asked.

"Imran was crying hoarse his senators were sold to the PPP now he has donated all his supporters to Zardari," said Maryam while addressing the rally.

Slamming the PTI chief, she asked if true leaders sell their votes "in open market" when in their interest.

Maryam also spoke about National Accountability Bureau’s references against the former prime minister and said that the deadline for the probe body had expired.

She said that nothing has been found against Nawaz Sharif in the ongoing corruption cases in the past six months.