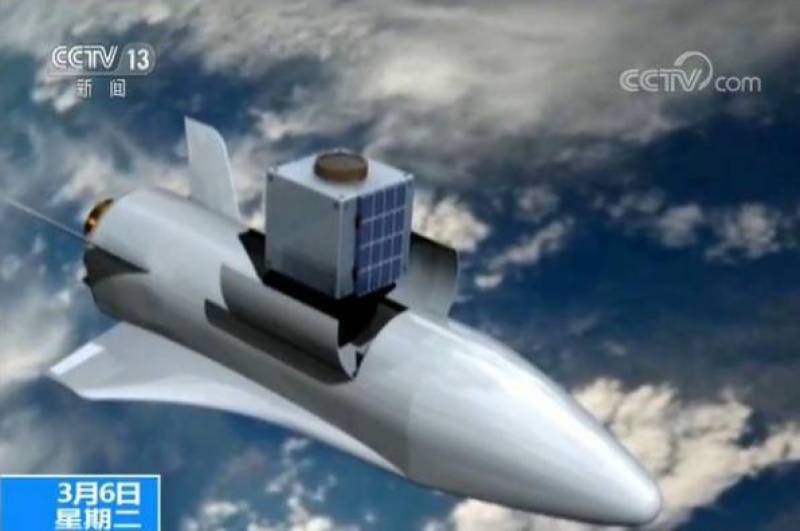 BEIJING- China is developing its homegrown reusable space plane, which observers said could be used to attack foreign aircraft, space stations and even intercept missiles if used for military purposes.

The reusable spacecraft can transport people or payloads in orbit from any airport and return to earth, CCTV reported.

Unlike rockets which have to be recycled, the space plane will revolutionize space transportation, Zhang Hongwen, president of the Third Academy of China Aerospace Science and Industry Corporation (CASIC) and a member of the 13th National Committee of the Chinese People's Political Consultative Conference (CPPCC), told CCTV.

Although still at an early stage of research, the space plane will be capable of sending tourists to space, launching satellites and supplying the space station, providing emergency space rescue and offering cheap and timely space launching services, Zhang said.

"It could also be used as a military space plane equipped with detection and attack devices against foreign spacecraft, satellites and space stations," Song Zhongping, a military expert and TV commentator, told the Global Times.

The CCTV report showed that the space plane is composed of two planes, with the larger aircraft acting as a carrier aircraft.

A military expert who requested anonymity told the Global Times that the core technology of the larger aircraft is an air-breathing rocket engine using hydrogen fuel.

Such an engine could liquefy oxygen, and then fuel the aircraft with liquid hydrogen and liquid oxygen while flying in the atmosphere. The liquid fuel could accelerate the flight in space, with speeds potentially reaching 22 times the speed of sound, the expert said.

The larger aircraft, once used as a military aircraft, will be difficult to be intercepted by current anti-missile systems, he added.

The project, codenamed "Tengyun Project," was first revealed in 2016, and according to the plan, the plane will conduct its first test flight in 2030, said Liu Shiquan, vice president of CASIC, the Science and Technology Daily reported in December 2016.

In the CCTV report, Zhang also said that China is currently testing a near-space solar drone capable of providing a network and communications not subjected to regional restrictions, and assist in remote sensing images and meteorological observation.

"The solar drone is closer to the ground compared with satellites, which could better offer monitoring and communications services," Zhang was quoted as saying.

The solar drone will be put into use as early as the end of this year, CCTV reported.