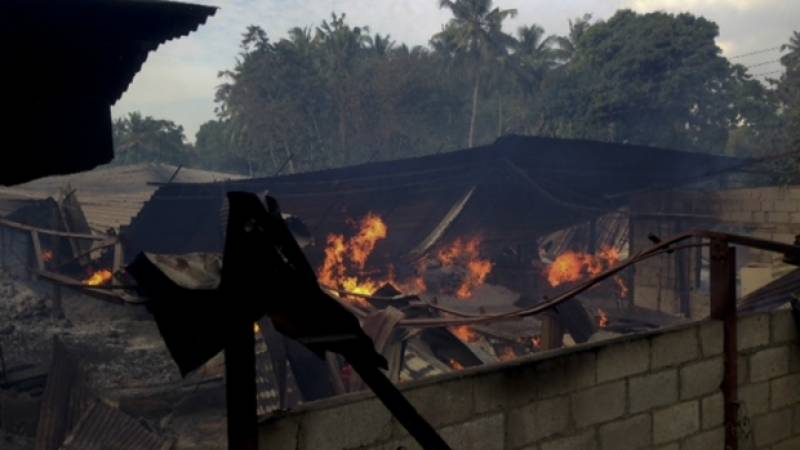 In Sri Lanka Buddhist mobs swept through Muslim neighborhoods in central hills and destroyed stores and restaurants despite curfew and deployment of heavy security forces. Local residents said today that about 50 people broke into Mohamed Ramzeen's restaurant in the town of Pilimathalawa and destroyed everything they found.

Similar attacks were made at a hilly town Kandy. Roads and streets of these towns were deserted but only police and soldiers were present.

Four houses were burned by mobs at suburban of Pallekele during curfew last night. APP/AFP