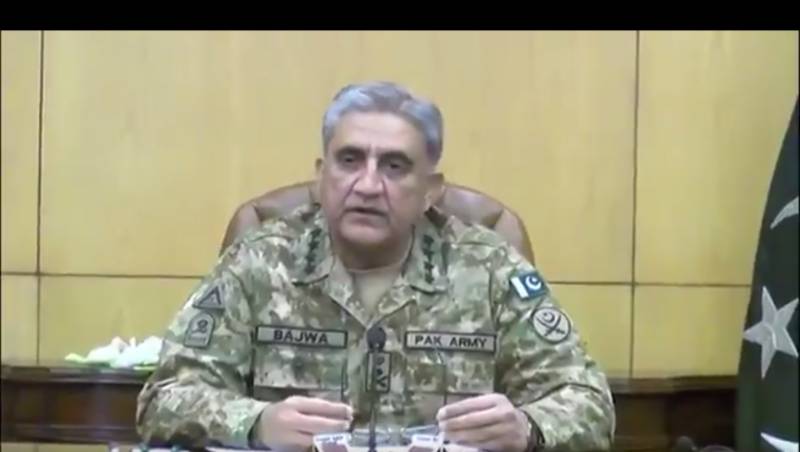 RAWALPINDI, March 9 (APP): The 200th Corps Commanders' conference
Thursday reviewed geo-strategic and security environment with special focus on internal security, Pakistan Afghanistan border situation and Indian cease fire violations along Line of
Control and working boundary.
Chief of Army Staff (COAS) General Qamar Javed Bajwa presided over the moot held here at General Headquarters (GHQ).
According to Inter Services Public Relations, the   COAS apprised the participants about his visits to the UAE and Qatar that remained successful in making positive progress.
The forum hailed performance of security forces including police, intelligence and other law enforcement agencies for effective response to recent terrorist incidents and security
arrangements for Pakistan Super League final at Lahore.
The conference discussed Operation Raddal Fasaad (RuF) in details.
The COAS said that RuF is a comprehensive across the board operation against terrorists and terrorism, and not against any
particular race, sect or group.
The forum acknowledged participation and support by Pakistan Air Force (PAF) and Pakistan Navy in ongoing operations. Progress of National Action Plan (NAP) was also discussed.
The forum maintained that through Operation RuF implementation
of NAP needs to be expedited jointly by respective stakeholders for achieving lasting peace and stability in the country.
The COAS informed the participants about discussion during last security conference with government authorities, which included phased fencing of Pakistan-Afghanistan border, repatriation of Afghan refugees, judicial, police and madrassa/educational
institutions reforms and restarting execution of death sentences to
terrorists awarded by military courts.
The meeting expressed its confidence on performance of military courts. However, decision for reinstatement of military courts rests with the government.
The Dawn leak issue was also discussed at the forum.
The conference reviewed Pakistan Army's support in conducting 6th Housing and Population Census 2017.
The COAS said that Army shall undertake this task as a national service.
The forum concluded that hostile agencies are trying to undo Pakistan's gains in security and development especially China Pakistan Economic Corridor.
The forum pledged that their design will be defeated through whole of the nation approach.
The forum reiterated resolve of Pakistan Army to play its due role towards defence and security of the motherland. Sacrifices made by resilient people of Pakistan and its brave security forces
shall not go waste.