Murad Saeed Vs Javaid Latif: What went inside
9 Mar, 2017 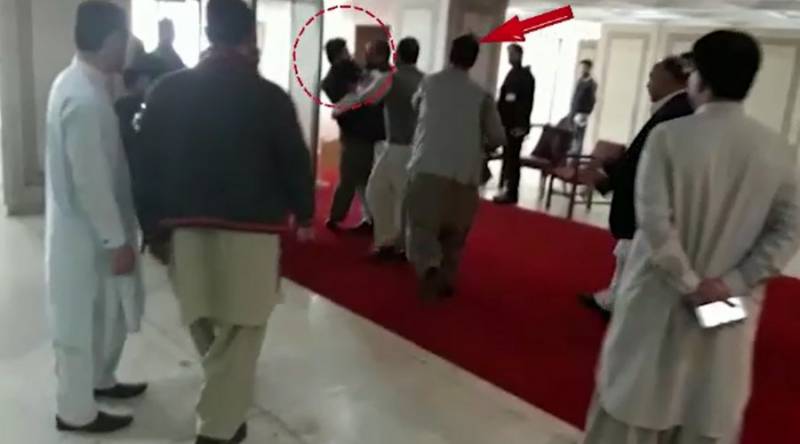 ISLAMABAD : The ruling Pakistan Muslim League-Nawaz (PML-N) and Pakistan Tehreek-e-Insaf (PTI) lawmakers have on Thursday brawled in Parliament after a leader of the ruling party called cricketer-turned-politician Imran Khan a “traitor’.

PML-N lawmaker Mian Javed Latif, during a debate in the National Assembly said that Pakistan Tehreek-e-Insaf chairman Imran Khan’s attitude towards recently-concluded cricket tournament Pakistan Super League (PSL) was that of a “traitor”, as he opposed the final in Lahore and ridiculed foreign players.

As Latif was moving out of Parliament, he entered into a heated argument with PTI’s Murad Saeed, leading to a scuffle between the two lawmakers. However, other lawmakers intervened and saved the situation from getting out of control.

Later, Saeed said that ruling party lawmaker had no reason to call his leader a traitor and asked Speaker of the National Assembly to take notice of the incident.