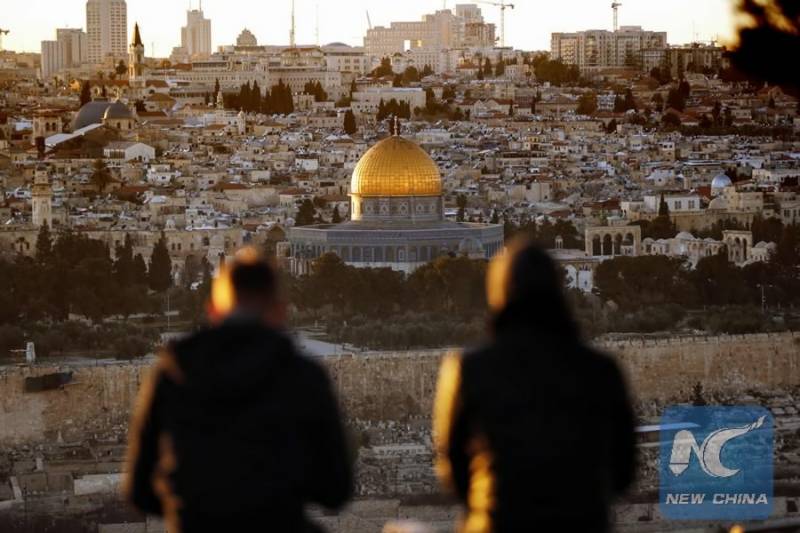 JERUSALEM:  In a preliminary reading on Wednesday, Israel's parliament voted in favor of the controversial "muezzin bill" that limits mosques from using loudspeakers for calls to prayer.

The coalition-backed bill, approved in a 55-47 vote, refers to any "house of worship," but it is widely regarded as a measure against mosques because the ban was restricted to the hours between 23:00 and 7:00, during which Jewish synagogues have no activity while Muslims would practice prayer twice, shortly before dawn and at sunrise, respectively.

The bill still needs three more rounds of voting before it becomes a law.

If finally approved, fines of at least 5,000 shekels (about 1,360 U.S. dollars) could be imposed on those who break the law.

On Wednesday's preliminary reading, the parliament also approved a bill which calls to prohibit the use of loudspeakers at any time. A spokesman for the coalition said the two bills are expected to be combined together before the next reading.

The "muezzin bill" was denounced by several Arab countries ahead of its preliminary approval. Experts said it is expected to draw further international criticism.

The vote sparked an uproar in parliament. Ayman Odeh and Ahmad Tibi, lawmakers with the Arab-Jewish Joint List party, tore down the bill during the discussion before the vote.

"It is another brick in the wall of injustices of this government. Their sole goal is to single out the Arab public as an enemy from within," said Odeh.

"This bill is not about loud noise and not about the quality of life. It is about incitement and racism against a national minority. The sound of the muezzin was heard here in this region much before those racists in Netanyahu's government and will stay here long after them," he said.

Israel is "imposing a vain and unjust law that prevents the followers of the Semitic religions from carrying out their rituals and performing their religious obligations," Yousef Mahmoud, a PNA spokesman, told Israel's Jerusalem Post.

Arabs make up about 20 percent of the population in Israel. The majority of them are Muslims.