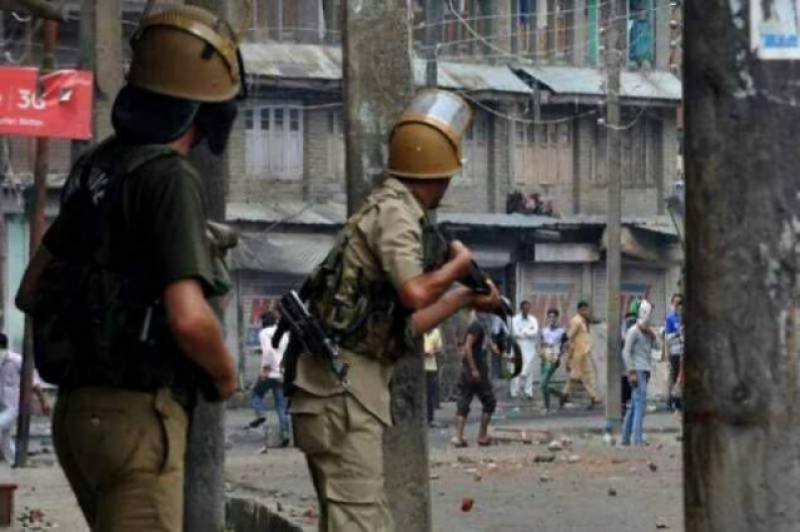 In Occupied Kashmir, Indian troops, in their fresh act of state terrorism, martyred one youth in Pulwama district on Thursday.

The youth was shot dead during a siege and search operation at Padgampora village in Pulwama District.

Meanwhile, Chairman of All Parties Hurriyet Conference Syed Ali Gilani says Indian forces are using molesting of women as a war weapon in the occupied Kashmir.

In a statement, he deplored silence of international community over troublesome and pathetic condition of women folk in the occupied valley.

Syed Ali Gilani APHC Chairman also appealed to the world human rights organizations to take notice of crimes against Kashmiri women and fulfill their duties in this regard.