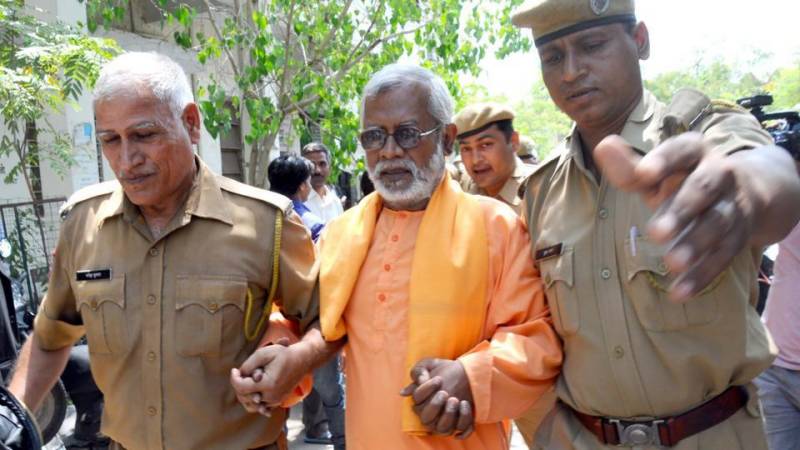 JAIPUR: A special NIA court convicted three people on Wednesday in the 2007 Ajmer blast case, while acquitting seven others, including Swami Aseemanand, giving them the benefit of the doubt.

The verdict by judge Dinesh Kumar Gupta marks the first conviction in a "Hindutva terror" case.

Those convicted are Sunil Joshi, who has figured in other cases, Devendra Gupta and Bhavesh Patel. Of these, Joshi died much before the trial began in June 2014. He was found dead under mysterious circumstances in Dewas, Madhya Pradesh, on December 29, 2007.

The special court, based on the NIA's investigations, held that that the trio masterminded the attack. Gupta and Patel were convicted under various sections of IPC for criminal conspiracy and under sections of the Explosive Substances Act and Unlawful Activities (Prevention) Act.

The court, however, acquitted Swami Aseemanand, who led a campaign against Christian missionaries for proselytizing among tribals of Gujarat, and six others.

Assemanand is an accused in other cases of "saffron terror", with the investigating agencies alleging that he incited "Hindutva radicals" to avenge a series of jihadi strikes on Hindu places of worship by attacking Muslim targets.

On October 11, 2007, a powerful bomb went off on the congested premises of the Ajmer Dargah during iftar at around 6.14 pm, killing three people and injuring 15 others.

The case was initially investigated by the anti-terror squad of Rajasthan, which found that a group of people linked with a radical Hindu outfit allegedly carried out the blasts at Ajmer Dargah and Mecca Masjid in Hyderabad on May 18, 2007.

The attacks were supposed to be in retaliation against the attacks on the Amarnath yatra in 2002, Akshardham Temple in Gujarat and Raghunath Temple in Jammu. The Rajasthan ATS claimed that the explosives used and the modus operandi in the blasts in Ajmer and Hyderabad were similar.

Police recovered an unattended bag at the site in Ajmer, which had an unexploded bomb and two SIM cards, which gave them vital clues.

"The court has found that Devendra Gupta, Bhavesh Patel and Sunil Joshi conspired to carry out attacks at Ajmer Dargah. The court also found that it was Bhavesh Patel who planted the two bombs inside the dargah compound," public prosecutor Ashwini Kumar said.

Joshi, Kalsangre and Dange figure in other "Hindu" terror cases too and were linked to RSS. They broke away from the Sangh Parivar outfit over its "inability" to avenge a series of jihadi attacks and formed Abhinav Bharat.

Its members allegedly include Lt Colonel Shrikant Purohit and other retired Army personnel. The outfit has been accused of carrying out bomb attacks on the Samjhauta Express, besides Mecca Masjid and Malegaon blasts.