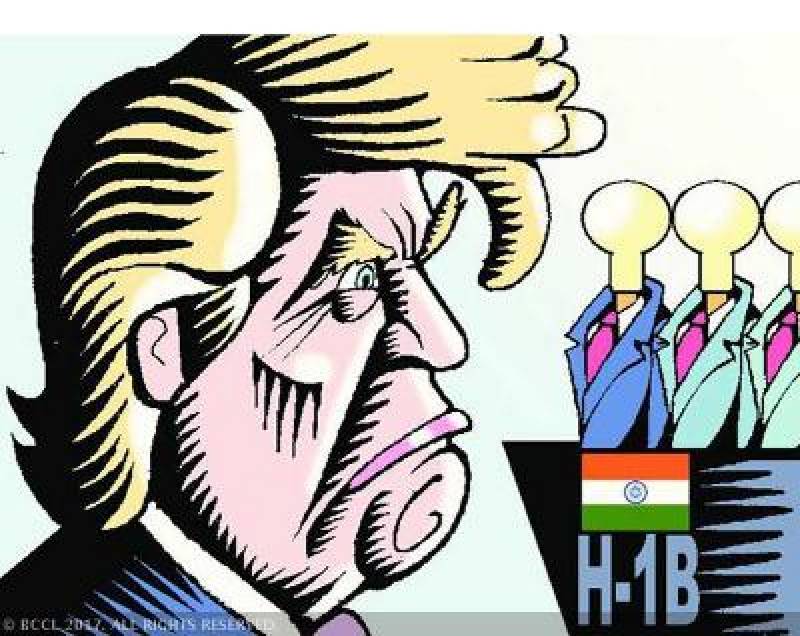 WASHINGTON: H-1B work visa and employment-based green card categories, popular among Indian-Americans, are often not consistent with their purposes as they do not bring in PhDs and computer scientists but only mid-level data management workers, a top senator has said.

Republican senator from Arkansas Tom Cotton, who met President Donald Trump this week, said the current system does not bring in the brightest and the best from across the world. So there is need to reform it and this is what Trump is planning to do.

"I think, on the H-1B temporary visa but also the permanent green cards, like EB1, EB2, the President wants to get the very best people from around the world. Often those programmes are implemented in a way that are not consistent with their purposes," Cotton told MSNBC.

"They don't bring in PhDs and computer scientists. They bring in mid-level and they replace mid-level data management workers. That's why you get controversies like people losing their jobs at companies like Disney and Southern California Edison that were just replaced by foreign workers who weren't necessarily high skilled," Cotton argued.

"So he (Trump) would like to see reforms to those programmes that I would," said Cotton, who is also a member of the Senate Select Committee on Intelligence.

"It's really an empirical questions where we do have gaps in our economy. But I will say this, there is no job that an American won't do. Americans, with the right pay, will do any job. That's just the fact of the matter," he noted.

"We need to make sure that we're focused on Americans getting back to work and getting higher wages, supplemented where need based on the evidence with immigration," said the influential Senator from Arkansas.

On Tuesday, Cotton and Senator David Purdue went to the White House to meet with the President about an immigration bill they have introduced.

The bill refocuses on legal immigration system on high skilled immigrants who come to this country with English language competency, education levels that are higher than they have now with higher levels of job skills that will be able to contribute to the economy, Cotton said.

"Right now, only about one out of 15 immigrants that we admit to this country every year come based on those criteria. The President has said in public, as he told us yesterday, that he wants to move in the direction of, for instance, Canada and Australia, and focused on more of what he calls a merit-based system. Our legislation is the first step in that," he said.

"He'd like to see additional steps focusing on some of the employment-based green cards and visa and we're happy to work with him on that," Cotton said.

Last month, Senators Cotton and Perdue introduced Reforming American Immigration for Strong Employment Act, which they said will lower overall immigration to 637,960 in its first year and to 539,958 by its 10th year -- a 50 per cent reduction from the 1,051,031 immigrants who arrived in 2015.

Among other things, it calls for elimination of diversity lottery visa and limit issuing of Green Cards to refugees to 50,000 per year.

The US, last week, said it is temporarily suspending the 'premium processing' of H-1B visas from April 3, eliminating the option of shorter wait times for the programme that helps highly skilled foreigners work at American firms.

The suspension is effective April 3, and could last up to six months, according to the US Citizenship and Immigration Services (USCIS).