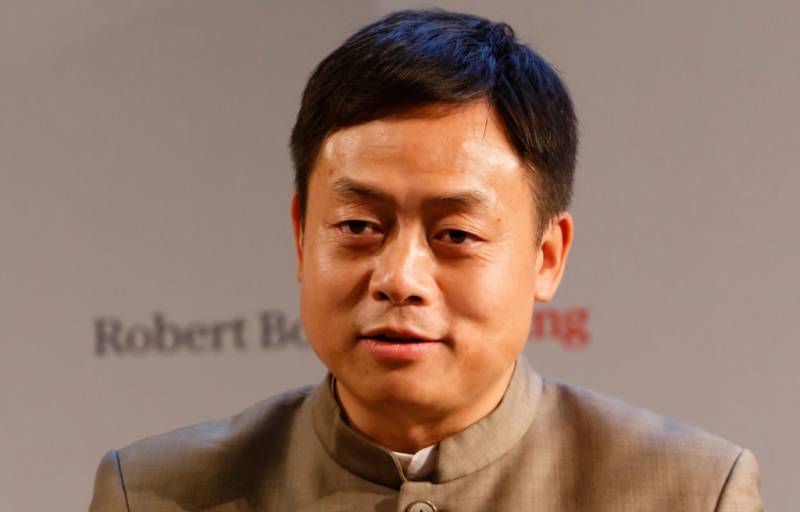 BEIJING: (APP) This May will witness China seeking viable solutions to the problems facing the global economy at the Beijing-based Belt and Road Forum for International Cooperation, where over 20 countries' leaders including Pakistan have confirmed their participation.

The forum aims to make sure that the Beijing-led Belt and Road Initiative (the Silk Road Economic Belt and 21st Century Maritime Silk Road) delivers greater benefits to the world, Wang Yiwei, a professor of international relations at Renmin University of China, and a senior researcher at the Center for China and Globalization said on Thursday.

Proposed by President Xi Jinping in 2013, the initiative enters the fourth year and is of great importance to global governance and international endeavor to make globalization more inclusive. At the heart of China's economic rise is infrastructure connectivity, a significant lesson that the Belt and Road forum is expected to promote, he opined in his article published in "China Daily".

China needs the Belt and Road projects to seek closer cooperation with the rest of the world and encourage other developing economies to pursue the development paths that suit them best. The forum is expected to make that clear by alleviating concerns about China's rise.

The forum, for starters, will serve as an opportunity for Beijing to explain why it proposed the transnational programs and how it is going to pursue them.

The implementation of the Belt and Road Initiative has the potential to build an inclusive global economy and raise the reciprocal spirit at a time when the tide of globalization is turning in a more protectionist direction, because China has not only proposed but also offered constructive plans to help restore its partners' confidence in globalization.

In all likelihood, China will accord priority to multilateral negotiations as a missing piece of the puzzle in its promotion of the Belt and Road Initiative, which can be sustainable only when transparent cooperative mechanisms are in place.

The Beijing forum should answer the participants' questions about future bilateral and multilateral cooperation, and more importantly, make institutional, concerted efforts to address outstanding concerns of the international community.

Another mission of the forum is to reiterate China's commitment to building a community of shared destiny by endorsing landmark development proposals, in particular the 2030 Agenda for Sustainable Development and the Paris climate change agreement.

Inspired by the United Nations' ambition to achieve shared development through mechanisms such as the Eurasian Land Bridge, the Belt and Road Initiative has the potential to help fulfill that goal.

China has signed memorandums on facilitating Belt and Road projects with the UN Development Programme and the World Health Organization, and its grand initiative too has received unequivocal support from the UN, which in a resolution last year urged all member states to join it and protect its overseas operation.

In this context, the Belt and Road Forum for International Cooperation will focus on global economic recovery, rebalancing, renovation and connectivity. As for the future of the Belt and Road Initiative, there is still room for its operation which hitherto will be conducted along the industrial chains based on infrastructure.

The potential of the South American market, for instance, remains untapped. Therefore, skeptics of China's dedication to shouldering its responsibility as a rising major power should hear the country out in two months' time.