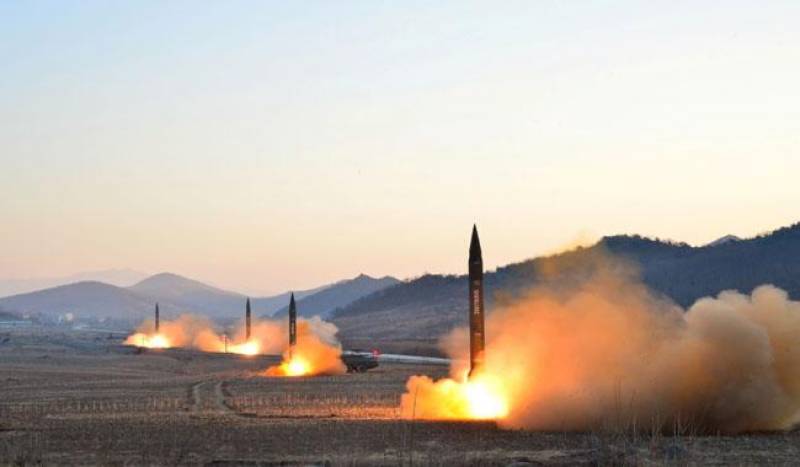 SEOUL: Tensions have remained high in the more than 60 years since North and South Korea fought a fierce war from 1950-53.

Here is a timeline of relations between the two Koreas, who remain technically at war:

June 25, 1950: the army of communist North Korea crosses the 38th parallel, which separates it from capitalist South Korea, seizing Seoul in three days.

Beijing is Pyongyang´s main backer, while Washington supports Seoul during the three-year war in which between two and four million Korean, Chinese and US soldiers and civilians are killed.

North and South Korea sign an armistice on July 27 1953 and a Korean Demilitarized Zone (DMZ) is established near the 38th parallel. It is never ratified by a formal peace treaty, leaving the two Koreas technically still at war.

Since the end of the war, numerous attacks, troop infiltrations and clashes, mostly provoked by Pyongyang, have threatened the fragile ceasefire.

Pyongyang has on several occasions placed its troops on a war footing.

January 21, 1968: a team of 31 North Korean commandos is sent to Seoul to assassinate President Park Chung-Hee, but is intercepted by South Korean security. All but two are killed, and only one of those captured.

August 18, 1976: North Korean soldiers attack a work party trying to chop down a tree inside the demilitarised zone. Two US army officers are killed in what becomes known as the "axe murder incident".

October 9, 1983: An attempt to kill South Korean President Chun Doo-hwan takes place when North Korea plants a bomb in a mausoleum in Yangon, Myanmar during a visit by Chun. He survives but 21 people, including some government ministers, are killed.

November 29, 1987: A bomb planted on a Korean Air flight explodes over the Andaman Sea, killing all 115 people on board. Seoul accuses Pyongyang, which denies involvement.

September 18, 1996: A North Korean submarine on a spying mission runs aground off the eastern South Korean port of Gangneung. After a 45-day manhunt, 24 crew members and infiltrators are killed.

March 26, 2010: The South Korean corvette Cheonan sinks near Baengnyong island in the Yellow Sea, killing 46 sailors. An international investigation concludes that it had been torpedoed by a North Korean submarine. Pyongyang denies the charge.

November 23, 2010: North Korea fires 170 artillery shells at Yeonpyeong, the first attack on an area populated by civilians since the war: four are killed, including two civilians. South Korea´s military goes on top alert, its troops firing back with cannon.

North Korea has steadfastly pursued development of its nuclear programme and ballistic missiles capable of hitting targets in Japan, South Korea, and the United States.

October 9, 2006: It carries out its first successful nuclear test, since then it has come under a series of international sanctions.

September 9, 2016: It carries out its fifth and most powerful test yet, claiming it has tested a miniaturized nuclear bomb for a warhead that could be mounted on a missile.

July 2016: Seoul announces plans to deploy the US THAAD system on its territory of, which is designed to defend it from a