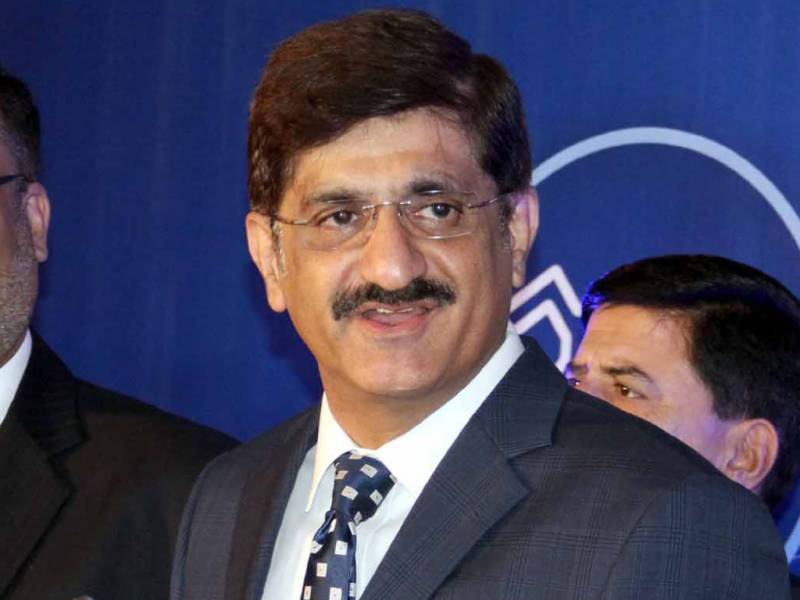 KARACHI: Sindh Chief Minister Syed Murad Ali Shah has said that the biggest reservoir of contaminated water has accumulated in Manchhar lake and we are working on a plan with World Bank and European donor and expert agencies to wash and refresh Manchhar Lake

This he said on Saturday while presiding over different meetings to finalise their uplift portfolio for the next financial year, said a statement.

He said that the ground water almost all over Sindh has become contaminated, therefore he was in constant touch with the experts and donor agencies to stem the rot.

He said that his government was proving water supply and drainage schemes to the rural areas of the province and simultaneously another plan was being evolved to refresh and revive ground water quality.

The CM Sindh while speaking at a meeting of Sindh Public Health Engineering (PHE) Department, said that ground water all over Sindh, except a few districts used to be sweet and fresh but with the passage of time its quality went on deteriorating, as result the government has to switch over to RO plants to meet the need of drinking water in rural areas.

The actual solution of the problem lies in adopting scientific approach for improving the quality of ground water, he added.

He said that PHE dept was most important in terms of its services of providing efficient water supply and drainage schemes in rural areas of the province.

“I want the department must complete its on-going schemes so that people could take benefit out of them and plan launching more schemes in other or leftover villages,” he said.

Secretary PHE Roshan Shaikh told the chief minister that in the next financial year 169 schemes, including 96 on-going and other new would be completed with an estimated cost of Rs. 26.7 billion.

He added that the schemes to be completed, include 39 on-going water supply and 57 on-going drainage schemes during the current calendar year.

The new 28 water supply and 15 drainage schemes would also be completed in the next financial year but in the current calendar year, he added.

Sindh Minister for Local Government Saeed Ghani told the chief minister that during current financial year his department would be completing 100 schemes at the cost of Rs 13.5 billion.

The chief minister said that in the next financial year he would give some important schemes to Karachi which include roads, flyover and beautification of important places.

He also said that the rural areas of Karachi would also be given importance in the next ADP.