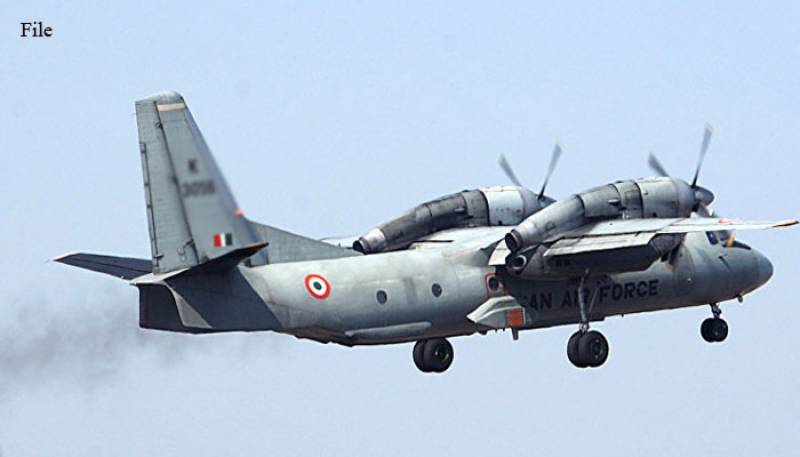 NEW DELHI - Indian authorities on Saturday offered a cash reward to boost a desperate hunt for a military transport plane missing for nearly a week and feared to have crashed in a remote northeastern state.

The Indian Air Force and Arunachal Pradesh state government announced the 550,000 rupee ($8,000) reward to get village chiefs to organise search parties for the AN-32 that disappeared from radars last Monday carrying 13 people.

The Soviet-built air force plane went missing near the border with China and air searches, satellite surveys and efforts to pick up signals from the plane have all failed.

In addition to using Indian Space Research Organization satellites and other hi-tech means, ground teams have been scouring the Mechuka jungle region for the plane.

The air force said it would give 500,000 rupees and the state government offered 50,000 rupees for "credible information" leading to the discovery of the plane.

Rewards after air accidents are rare. An $80 million reward was offered after Malaysian Airlines flight went missing in 2014 on a Kuala Lumpur-Beijing flight. It has not been found.

The Indian military has deployed nine helicopters, fighter jets and transporters looking for the plane.

Bad weather has hampered the search in recent days but a full hunt resumed Saturday.

The turboprop plane was carrying eight crew and five military personnel on the flight. Many relatives of the missing are waiting in the state city of Jorhat for news. -APP/AFP