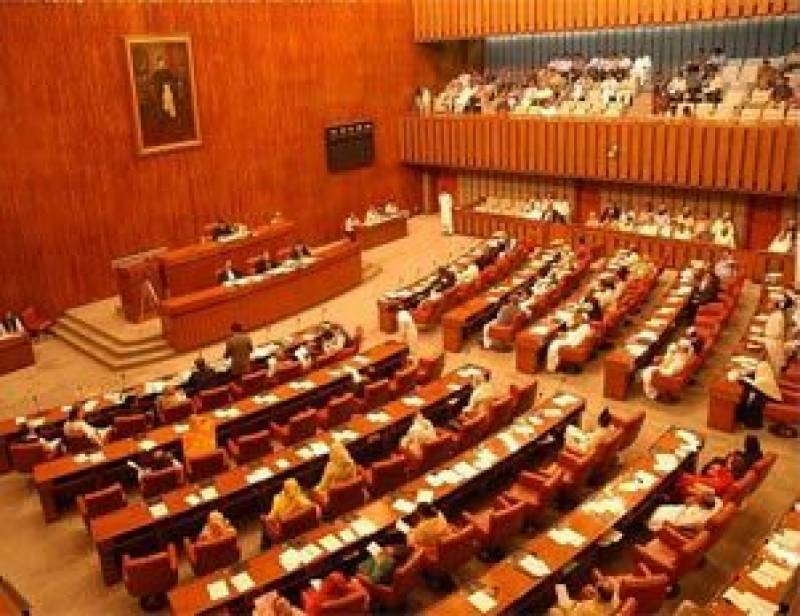 The Senate resumed its session in Islamabad on Friday with Presiding Officer Syed Tahir Hussain Mashhadi in the chair.

Minister for Climate Change Zahid Hamid has said that a series of initiatives have been taken over the past one year to tackle the issue of Climate Change.

Responding to a calling attention notice moved by Sherry Rehman in Senate today, he said Pakistan is ranked amongst the countries most vulnerable to climate change.

He said the government is cognizant of the challenge.

The previous government passed the climate change policy and the present government prepared a comprehensive framework for implementation of this policy which includes short, medium and long-term actions.

He pointed out that Pakistan is signatory to the Paris Agreement under which it has made commitments to reduce emissions by 20 per cent.

The Minister said Pakistan is amongst a handful of countries which has passed the climate change act.

He said we have set up a Climate Change Council which will be chaired by the Prime Minister himself.

He said a National Forest Policy has also been passed in order enhance cover of forest in the country.

He said the federal government is fully supporting all the four provinces in the execution of Green Pakistan Programme.

The Minister said that rapid mass transit system has also been launched in different cities as part of efforts to check vehicular air pollution.