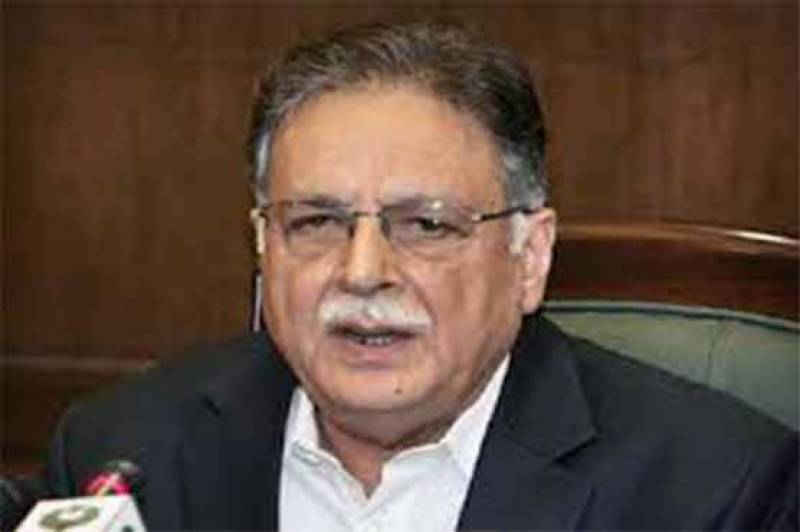 MUZAFFARABAD: (APP) The Pakistan Muslim League-Nawaz (PML-N) on Saturday announced its manifesto for the general election 2016 of Azad Jammu and Kashmir (AJK) scheduled to be held on July 21.

Pervaiz Rashid said the manifesto had been compiled by a team of experts keeping in view all requirements of AJK and assured that the PML-N would fulfill each and every word mentioned in the development agenda.

He said the manifesto committee was formed by Prime Minister Muhammad Nawaz Sharif as president of the PML-N who appointed former Chief Justice Manzoor Hussain Gilani as head of the manifesto body.

After winning the election, he said, the PML-N would turn AJK into an ideal state by introducing reforms in different sectors including education, health, infrastructure, human rights, administrative and judicial institutions.

Under the manifesto, the party has committed to spend an additional amount of Rs 50 billion on AJK roads and other infrastructure's rehabilitation in five years, besides the annual development budgetary allocations.

Five air ambulances, Sui gas to Mirpur and its adjoining areas and opening of Sui gas office have also been promised.

A parliamentary committee will be constituted to resolve problems of the affected people of Mangla Dam followed by the announcement of a package by the Prime Minister of Pakistan on its recommendations.

Pervaiz Rashid said it was the hallmark of the PML-N and Nawaz Sharif that whenever his party came into power, it launched mega development projects across the country.

"From Peshawar to Lahore and Gwadar to Khunjrab, all highway projects have been envisioned and built by Nawaz Sharif," he added.

Now, Pervaiz Rashid said, a motorway was being built from Lahore to Karachi and the credit for which went to none other than Nawaz Sharif.

"Development and progress is identity of the PML-N and Nawaz Sharif. The PML-N has the track record to set new examples of development in Pakistan," he added.

He said other political parties or individuals, who had ruled for even up to 10 years in the country, had failed to expand the mega projects like motorway that had been completed by the PML-N in 1998.

Pervaiz Rashid recalled that when the elected government of PML-N was ousted in 1999, Pakistan had surplus electricity and India was desiring to import it. But, when the PML-N again came into power in 2013, the previous governments of dictator Pervaiz Musharraf and Pakistan Peoples Party (PPP) had pushed the country into darkness because of their failure to add even a single megawatt of electricity to the system.

He expressed confidence that the power projects initiated by the PML-N government would be completed by the year 2017, adding that all possible means of power generation including solar, coal, atomic and hydro were being explored to improve the energy situation in the country.

"All the means of power generation, being practiced in the modern word, are being utilized to meet the country's energy needs," he added.

The Information Minister said after coming into power, the PML-N would bring AJK at par with developed cities of Pakistan, which were competing at international level due to their progress and development.

"The PML-N's manifesto for AJK is not mere words, it will be implemented in letter and spirit, as the people are witnessing the same being fulfilled in Pakistan," he said.

Pervaiz Rashid said PML-N's adversaries including Pakistan Peoples Party (PPP) and Pakistan Tehreek-i-Insaf (PTI) had not announced their party manifestos yet for the AJK elections, obviously because they had no development vision to share with the public.

He said despite not being in the AJK government, the PML-N served the humanity suffering from floods and quakes, saying that Prime Minister Muhammad Nawaz Sharif himself visited the affected areas to mitigate miseries of the people.

The minister said PPP Chairman Bilawal Bhutto Zardari just criticized the PML-N for nothing but he cannot dare to claim any development project executed by his party-led government in the valley during last five years.

Earlier, in his opening remarks, Pervaiz Rashid paid tribute to late Abdul Sattar Edhi for his meritorious services in the field of social work. About the PTI, he said the party failed to launch any development model in Khyber Pakhtunkhwa which they could commit for replicating in AJK as well.

The PML-N, he said, believed in serving the people like the legendary Edhi and it always provided best education, health, road infrastructure facilities besides increased employment opportunities to the common man.