US Secretary of State Mike Pompeo arrives in Iraq on an unannounced visit
9 Jan, 2019 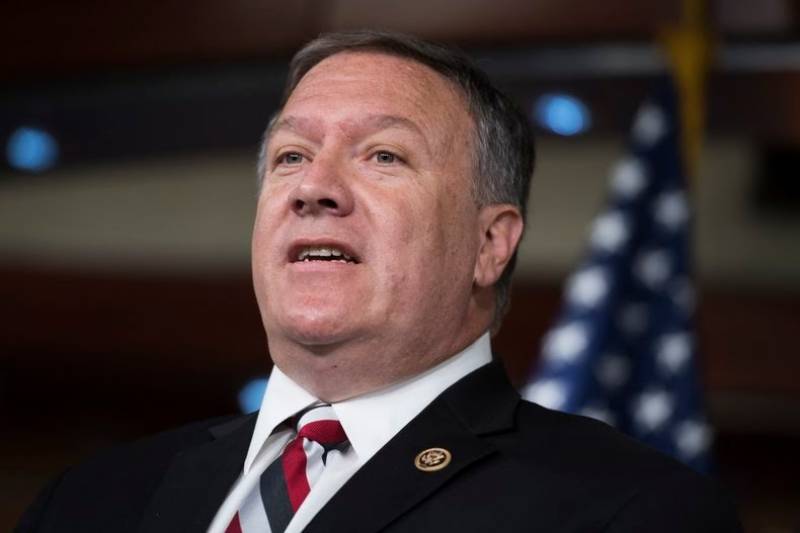 Baghdad - US Secretary of State Mike Pompeo met Iraqi officials, including the speaker, on an unannounced visit to Baghdad on Wednesday, a statement from parliament said.

Pompeo's talks, on the second leg of a key Middle East tour, come less than two weeks after President Donald Trump drew criticism for failing to meet a single Iraqi official during a surprise Christmas visit to US troops.

The US top diplomat was in the Middle East to urge allies to continue to confront the "significant threats" posed by Iran and jihadists despite Trump's surprise decision last month to withdraw all US troops from Syria.

Pompeo flew in from Amman and was also due to visit Cairo, Manama, Abu Dhabi, Doha, Riyadh, Muscat and Kuwait City on his longest trip since taking office last year.

During his lightning, top secret visit to Al-Asad Air Base in western Iraq on December 26, Trump spoke with US commanders and a group of about 100 mostly special forces personnel, accompanied by his wife Melania.

A planned meeting with Prime Minister Adel Abdel Mahdi was scrapped and replaced by a phone call, drawing a chorus of criticism, particularly from pro-Iran groups that form a key bloc in parliament.

Trump used the visit -- his first to US troops in a conflict zone since being elected -- to defend the withdrawal from Syria and declare an end to America's role as the global "policeman."

Trump caused a political storm when he announced the pullout, insisting the battle against the Islamic State group had been won, despite continued deadly fighting between US-backed forces and the jihadists for their last bastion in eastern Syria.

Trump has since rowed back, vowing the withdrawal would be done in a "prudent" way, and members of his administration have gone further, saying that the timeline of the pullout remains dependent on events on the ground.

Iraq declared victory over IS in December 2017 but the jihadists retain a network of sleeper cells in major cities and continue to conduct hit-and-run attacks from mountain or desert hideouts. - APP/AFP