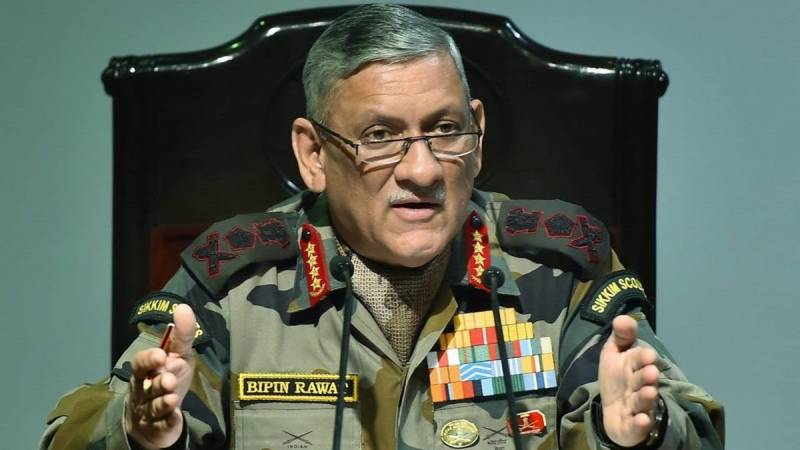 Speaking at Raisina Dialogue 2019, a multilateral conference on international policy matters, General Rawat on the issue of talks with the Taliban, said any dialogue with the Islamist terrorist organisation should involve no conditions.

Any concessions, he added, would give the other side the notion that they were talking from a position of strength and victory.

“There should be talks with Taliban so long as they don’t come with pre-conditions and so long as they are looking at lasting peace in Afghanistan and bring about stability in that country,” he said.

General Rawat said Pakistan, was rightly aiming for a favourable situation in Afghanistan, a neighbour with which it shares an over 2,400-km border.

“Pakistan has always treated Afghanistan as its backyard. They are concerned about it and, as a military leader, I would say why not be concerned about their backyard,” he added. “They always want a situation in Afghanistan which is favourable to them. So, even if it implies speaking to the devil, they will do it.”

Other experts on the stage, like former Pakistani envoy to US Hussain Haqqani, as well as some audience members, however, wondered if the Taliban could really be trusted.

Rawat’s comments on talks with the Taliban come at a time when the Indian security forces have intensified operations in Jammu & Kashmir against terror groups, with 2018 seeing a record number of terrorist kills.