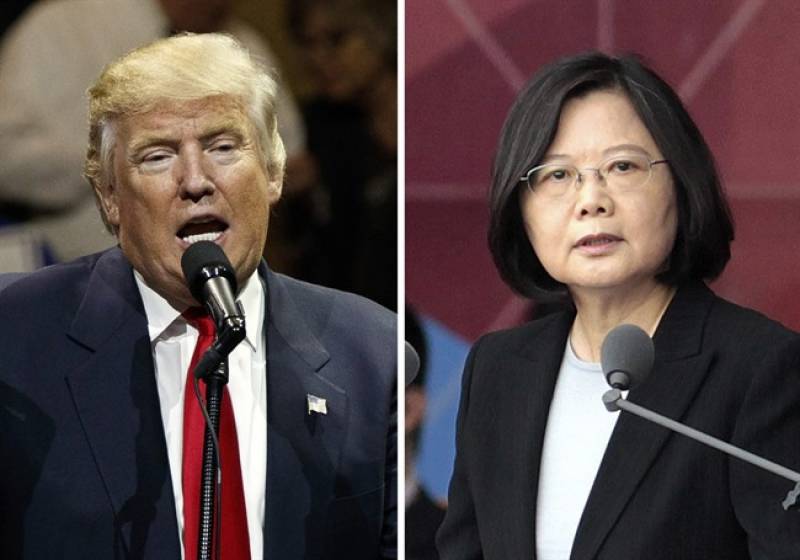 BEIJING: (APP) China said Monday it "firmly opposed" a meeting between Taiwan President Tsai Ing-Wen and Senator Ted Cruz, as a state-run newspaper warned of "revenge" against President-elect Donald Trump should he abandon the One China policy.

Tsai met Cruz in Houston over the weekend, the Republican from Texas said in a statement, with the two discussing arms sales, diplomatic exchanges and economic relations.

The Taiwanese leader was in transit en route to Central America, where she will meet regional diplomatic allies. Beijing had asked Washington to bar her from US airspace.

"We are firmly opposed to the Taiwan leader's engagement with US officials under the pretext of transit, and her attempt to undermine China-US relations," foreign ministry spokesman Lu Kang told a regular briefing.

He urged the US to abide by the One China policy and "prudently handle" Taiwan-related issues.

Beijing was "fully prepared" to break ties with the US should Trump abandon the policy, said the Global Times newspaper, which often takes a nationalistic tone.

"If Trump reneges on the One China policy after taking office, the Chinese people will demand the government to take revenge. There is no room for bargaining," it said in a Sunday editorial.

Cruz, who lost to Trump in the Republican primary elections, said he had gone ahead with the tete-a-tete despite Chinese opposition. He said the Houston congressional delegation had received a "curious letter" from the Chinese consulate requesting that no one meet her.

"The People's Republic of China needs to understand that in America we make decisions about meeting with visitors for ourselves," the Republican said.

"The Chinese do not give us veto power over those with whom they meet. We will continue to meet with anyone, including the Taiwanese, as we see fit."

Trump has already irked China by accepting a congratulatory phone call from Tsai after he won the presidential election, upending decades of diplomatic precedent in which the White House has foregone direct communication with the leader of Taiwan.

Beijing considers the island to be a breakaway province to be brought back within its fold, by force if necessary.

Trump has threatened to get tough with what he sees as unfair Chinese trade practices, and suggested that the One China policy could become a bargaining chip in other disputes.

But he appears to have ruled out meeting Tsai during her stopover, saying it is "a little bit inappropriate" to meet anybody until he takes office on January 20.

The Taiwanese president was transiting in Houston last weekend and is slated to return to Taipei after a stopover in San Francisco next weekend.