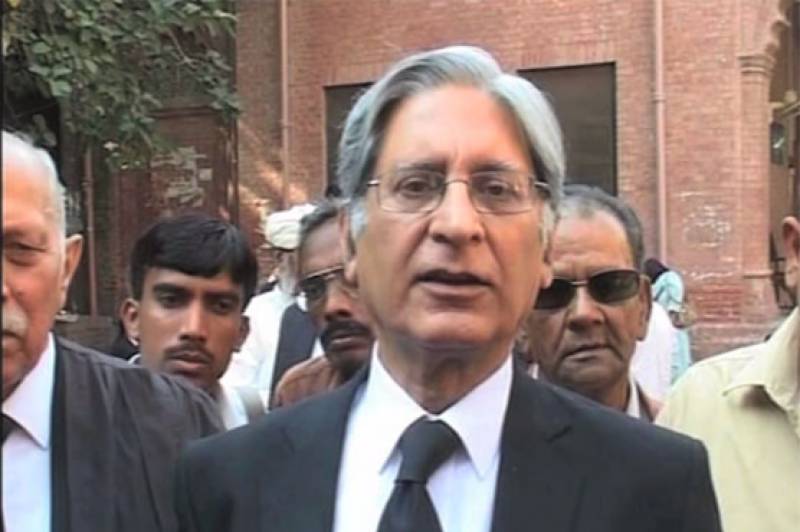 Barrister Aitzaz Ahsan while giving interview to a private TV Channel has opposed the Asif Zardari entry into the Parliament.

Barrister said that he was not in favor of Asif Zardari coming to the parliament.

“I personally feel that he should not come into the parliament; it will have a negative effect. Asif Zardari is an expert in getting the opposition’s vote of confidence; coalitions are his forte,” he pronounced.

Regarding Bilawal’s role he said that the PPP chairman’s position will be revealed in the days to come.

“Asif Zardari’s political career has spanned on decades, but Bilawal is going to hold a key position in the party and its politics because right now