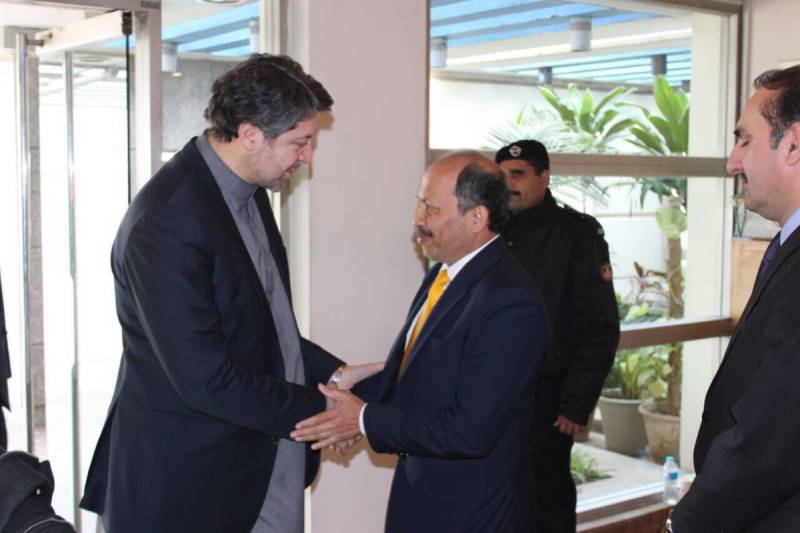 ISLAMABAD - Following the visit of a Pakistani delegation to Kabul last week, senior officials from Afghanistan and Pakistan have held talks to discuss key issues around security, peace and stability in the region.

The two-day meeting is a follow-up of discussions on Afghanistan-Pakistan Action Plan for Peace and Solidarity (APAPPS) – a joint action plan for cooperation in the areas of counter terrorism and reduction of violence, peace and reconciliation, Afghan refugees’ repatriation and joint economic development, the report said.

The first meeting of Afghan and Pakistani officials was held in Kabul on February 03.

Earlier in February, the Afghan Interior Minister Wais Ahmad Barmak and NDS Chief Mohammad Masoom Stanekzai visited Pakistan and handed a list of names over to Pakistan of people suspected of being involved in recent attacks in Kabul.

Barmak said they met with Pakistan’s Inter-Services Intelligence (ISI) chief and other high-ranking military officials to discuss the issue of insurgency and recent attacks.

He said the Taliban claimed responsibility for a number of attacks and their orders were coming from Pakistan.

Ministry of Foreign Affairs said last week that the visit of the Pakistani delegation was followed by the Afghan ministers’ visit to Pakistan.

However, the Pakistani government said the delegation visited Kabul to talk on the Afghanistan-Pakistan action plan.