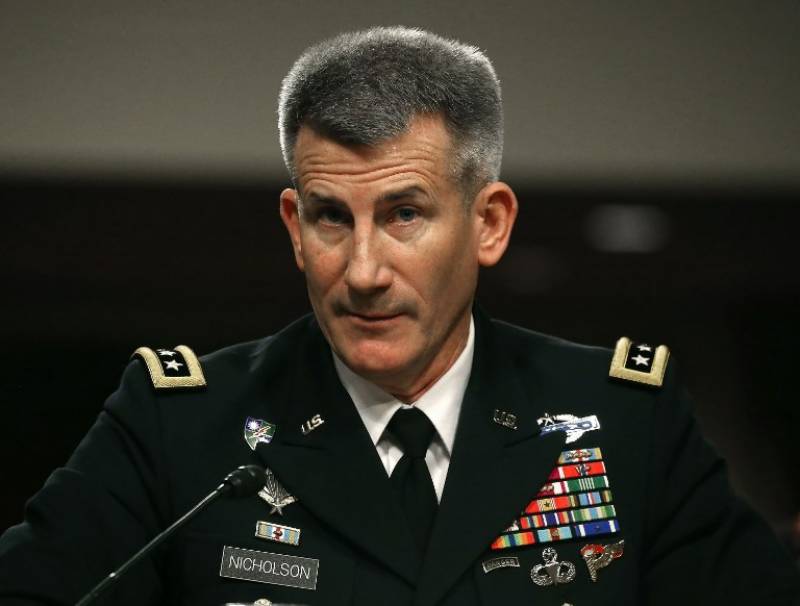 The top US commander in Afghanistan said on Thursday that there was a need for a “holistic review” of the relationship with Pakistan, alleging that it was supporting the Taliban and undermining the Afghan government.

“Our complex relationship with Pakistan is best assessed through a holistic review,” Army General John Nicholson, who leads US and international forces in Afghanistan, told the Senate Armed Services Committee.

Allegations over Russia and Iran’s deepening ties with the Taliban have ignited concerns of a renewed “Great Game” of proxy warfare in Afghanistan that could undermine US-backed troops and push the country deeper into turmoil.

Nicholson reiterated those concerns before the Senate committee.

“I do remain concerned about the influence of certain external actors particularly Russia, Pakistan and Iran,” he said.

This influence, he said, continues “to legitimize and support the Taliban and undermine the afghan effort to create a stable Afghanistan.”

He said that the coalition had a shortfall of a “few thousands” of troops in Afghanistan.

NATO now has about 13,300 troops in the country, about half of them from the United States.

Nicholson said he had raised the shortfall with his superiors in the military, including with Defense Secretary James Mattis, and that the issue will also be on the agenda at a meeting of NATO defense ministers next week in Brussels, he said.

US-led NATO troops stopped leading patrols and stepped into an advisory and support role at the end of 2014.

But Afghan army and police forces face continual assaults from a well-funded and well-armed Taliban, with casualties in their ranks up 35 percent last year compared to 2015, according to a US government report. –AFP/Reuters