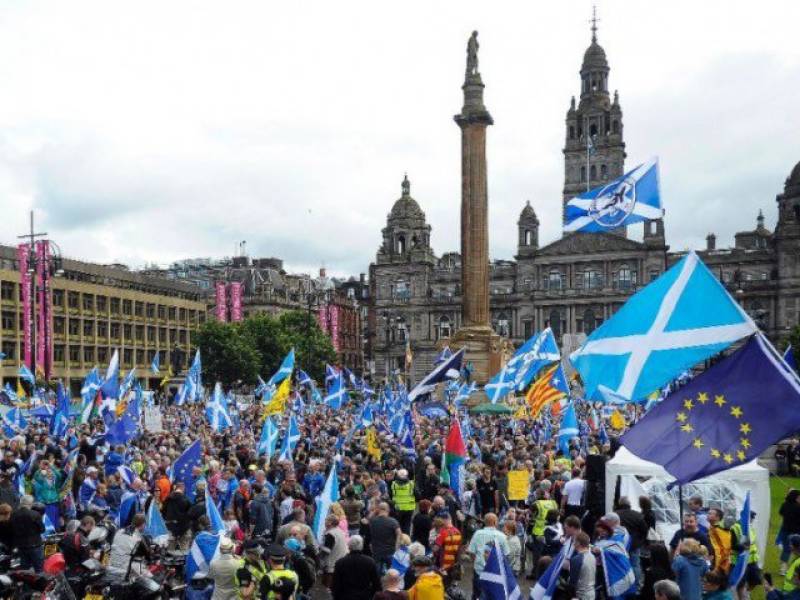 The battle over Scotland’s constitutional future is now “a virtual dead heat” with support rising for independence as Britain prepares to leave the European Union, according to a new poll released on Wednesday.

Support has risen to 49 per cent, excluding undecided voters, with 51 per cent in favour of the British union, a BMG poll for the Herald newspaper said.

The poll was conducted after Prime Minister Theresa May confirmed her intention to take Britain out of the European single market.

Scotland rejected independence by 55 per cent in 2014, and 20 months later it voted to remain in the European Union by 62 per cent.

Scottish First Minister Nicola Sturgeon, leader of the Scottish National Party (SNP), has said a second independence referendum is now “highly likely”, and allies have suggested it could be as early as 2018.

The SNP said the latest poll showed the independence debate is now “a virtual dead heat”.

“If the Tories continue with their blind pursuit of a hard Brexit, ignoring the clear view of an overwhelming majority of people in Scotland, then more and more people will see independence as the option delivering certainty and stability,” said party chair Derek Mackay.

Conducted among 1,067 voters over 16, the poll asked: “Should Scotland be an independent country?” with 43 per cent saying “Yes” and 45 per cent saying “No”. The remainder were undecided or would not say.

It represents a three-point swing towards independence from a similar BMG/Herald poll conducted in December.

However, the survey also found 56 percent of Scots do not want another independence referendum before the conclusion of Brexit negotiations, expected in 2019.