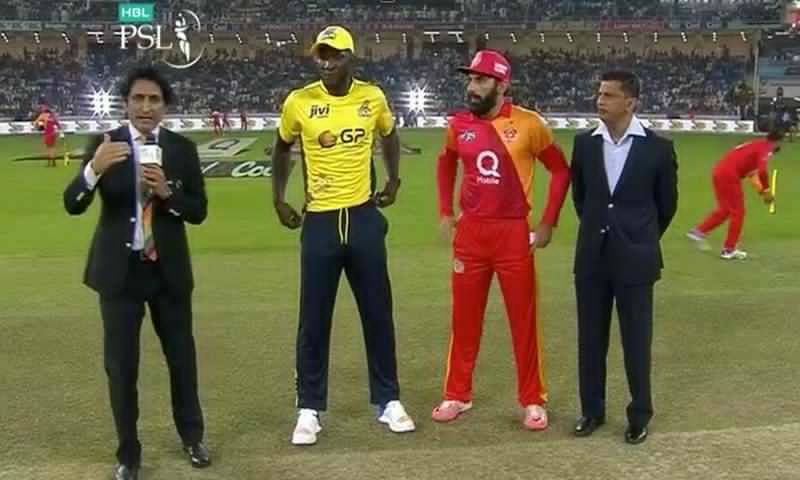 DUBAI: PSL 2017 first match between Peshawar Zalmi and Islamabad United has kicked off.

Muhammad Hafeez opened the match however luck did not favour him and he went back to pavilion on the very first ball of Muhammad Irfan.