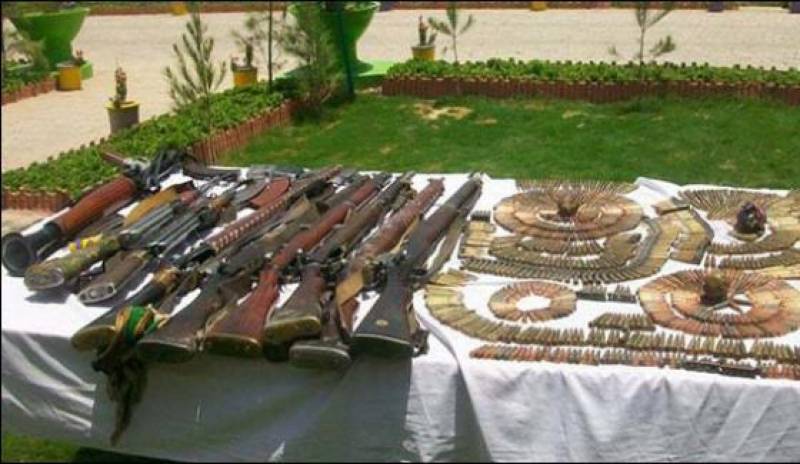 SUI: (APP) The Frontier Corps (FC) Balochistan during a search operation on Wednesday recovered huge cache of arms and ammunition from a terrorist den in Darenjan and Ghazi Nullah of Sui District.

The den raided by FC is stated to be located at a far remote location.