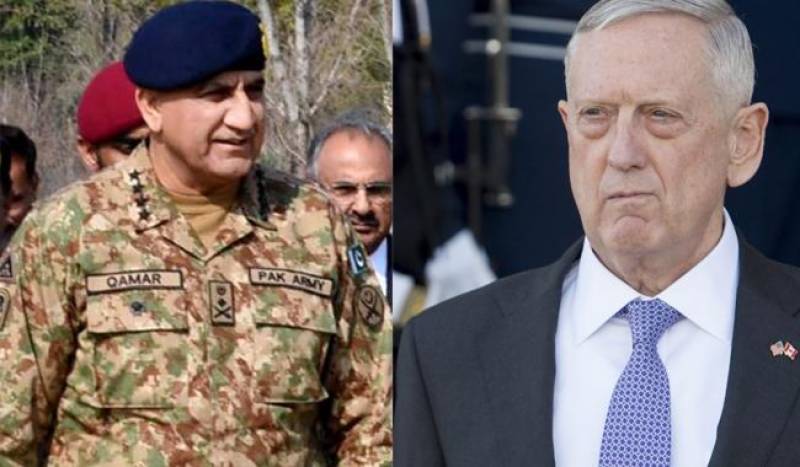 Director General Inter Services Public Relations (ISPR) Major General Asif Ghafoor in a tweet said the COAS congratulated the secretary on assumption of new responsibility and expressed the hope that his vast experience in the field will be of great value to the region.

Secretary Mattis commended the sacrifices and resilience of the people and armed forces of Pakistan and appreciated the role Pakistan Army has played in battling the scourge of terrorism.

Both reaffirmed the commitment towards the common goal of peace and stability in the region and discussed measures towards that end. They also agreed on continued engagement at multiple levels, DG ISPR added.