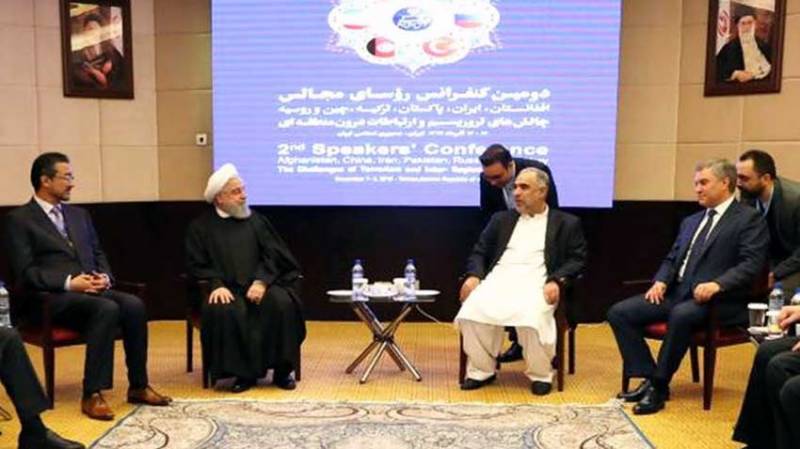 TEHRAN - Iranian President Hassan Rouhani has stressed for greater cooperation between Pakistan and Iran in diverse fields including trade, commerce, energy and security.

He was talking to Speaker National Assembly Asad Qaiser who called on him in Tehran on the sidelines of the second Speakers' Conference.

The Iranian President said the two countries have deep links and these are rooted in history and rich civilization.

Asad Qaiser thanked the Iranian government for supporting the Kashmir cause.