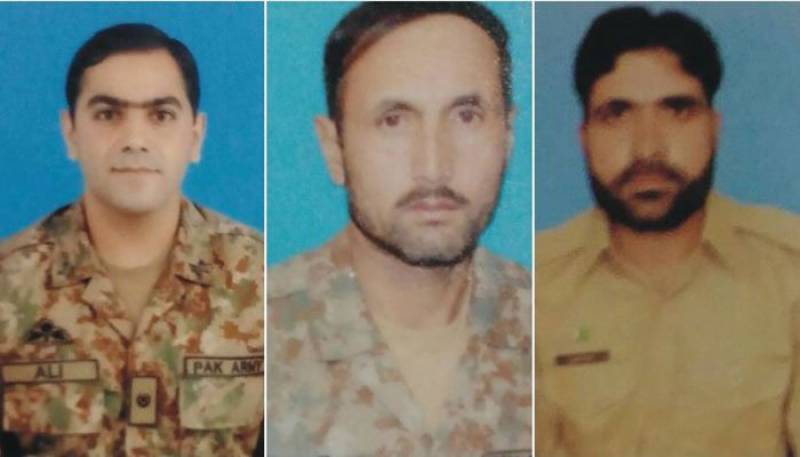 Major Ali Salman — who hails from a 'secret agency' — was leading a team in an anti-terrorist operation in Timergara, Dir when they were killed in a suicide bombing.

The ISPR said the incident took place on Tuesday night when an operation — based on intelligence information — against terrorists was under way.

As the army team entered the hideout of suspected terrorists in Sherotkai, a suicide bomber blew himself up, killing the army officials, while another was killed in retaliatory fire.