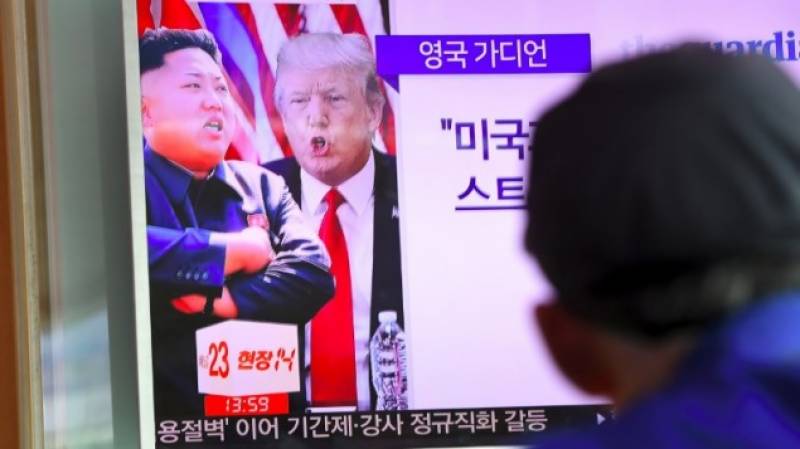 WASHINGTON — US President Donald Trump declared his country’s nuclear arsenal “far stronger and more powerful than ever before,” even as his top diplomat was working to calm the North Korea crisis and insisting there wasn’t “any imminent threat.”

In a series of early-morning tweets Wednesday, Trump reaffirmed his threat from a day earlier by reposting video of him warning that Pyongyang would be “met with fire and fury like the world has never seen” if it made more threats to the US Then he said that his first order as president had been to “renovate and modernize” the US nuclear arsenal.