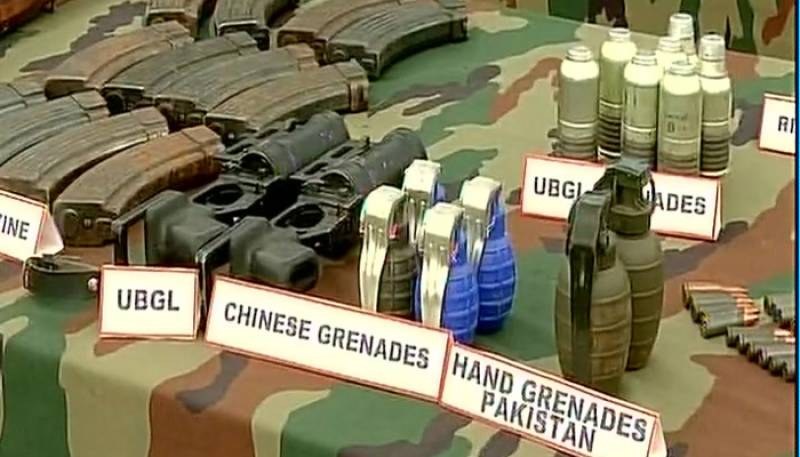 Giving a detailed account of August 7 Machhil encounter, the Indian Army on Wednesday said a huge cache of arms and ammunition, ration and medicines with Pakistan and China markings were recovered from the eliminated terrorists.

Briefing the press, Brigade Commander RK Suresh said, “Five intruders took advantage of dense foliage and infiltrated into the Indian side, following which the security forces launched an operation to eliminate the terrorists.”

The Army recovered a cache of arms and explosives including Chinese and Pakistan made hand grenades from the encounter site. - Zee News