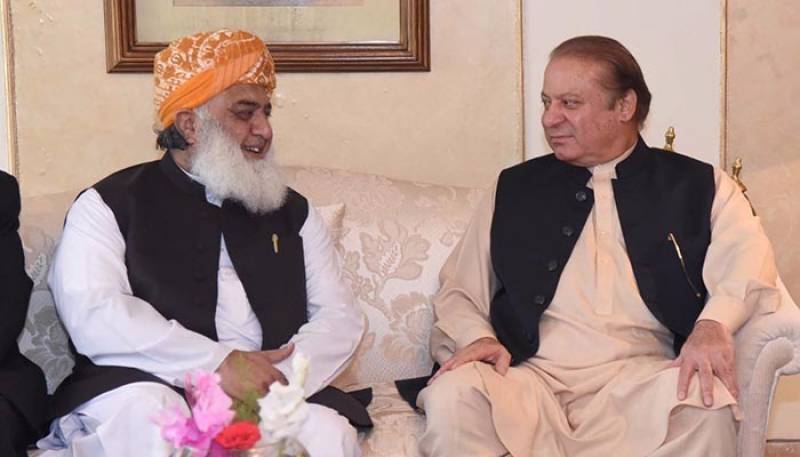 Revealing the inside story of the meeting between Nawaz Sharif and Fazlur Rahman today, the sources said that JUI-F chief urged Nawaz Sharif to be a part of anti-government drive and play his political role to topple the current government.

Fazlur Rahman was of the view that all the political parties should jointly launched an anti-government movement in the country.

The sources further said that Nawaz Sharif did not give any clear answer to Fazlur Rahman and sought time to take his party into confidence over the issue. The PML-N leader further said that he would consult with his party’s leader ship that whether they should join the movement or not.

Nawaz Sharif, while smiling, asked Fazlur Rahman that whom was he seeking permission? The PML-N leader complaint that everyone came in jail to meet him except Fazlur Rahman.

The JUI-F leader said that friendly relations between PML-N and Pakistan Peoples Party (PPP) were the need of hour.