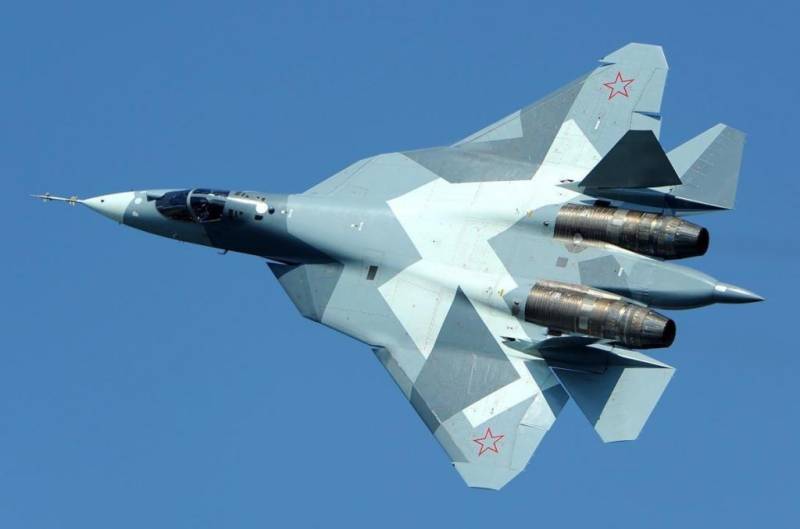 MOSCOW - Having formally cleared the Su-57 for export earlier this month, Russia is poised to pitch their fifth-generation fighter to China.

Speaking at the LIMA-2019 Aerospace and Maritime exhibition, Rostec official Viktor Kladov looked to the future of the Sino-Russian arms trade: “China has recently taken delivery of 24 Su-35 aircraft, and in the next two years [China] will make a decision to either procure additional Su-35s, build the Su-35 within China, or to buy a fifth-generation fighter aircraft. This could be another opportunity for the Su-57E.”

It is not yet clear how, or if, the “Su-57E” export variant differs from the base Su-57 design; those answers could be forthcoming at this year’s Dubai Airshow, hinted Kladov.

Do You Know What Happened Today In History?

As the Su-57 enters serial production with the first unit to be delivered later this year, Rosoboronexport—Russia’s state exporting agency—has begun the lengthy, complex process of negotiating contracts with major prospective clients.

At first blush, it does seem somewhat premature for Rosoboronexport to push the Su-57 into export markets so early into its production cycle. However, this approach is not without its benefits. First, an early, high-profile contract with an industry giant like Beijing would have positive spillover effects in generating market interest from other importers. China’s prospective purchase is already making waves throughout Indian defense commentary, though whether or not it will warm New Delhi to the Su-57 remains to be seen. By the same token, it would reassert the health and continued viability of the burgeoning Sino-Russian security relationship.

Secondly, it’s crucial to understand that the Russian military-industrial complex is playing a long-term development game with the Su-57. The goal is not to field numerous Su-57 squadrons or to circulate the Su-57 widely throughout Russian Aerospace Forces, at least not anytime soon. Rather, the Russian strategy is to establish the Su-57 as a financially solvent platform that will incrementally phase out older aircraft to become Russia’s staple air superiority fighter over the coming decades. An export focus is crucial to this plan, as the proceeds from Su-57 contracts will be reinvested to further expand Su-57 production, supply, and logistics chains.

The perceived benefit on Russia’s end is clear, but it’s the Chinese half of the deal that demands more nuanced analysis. After all, the People’s Liberation Army Air Force (PLAAF) is currently developing their own fifth-generation stealth fighter, the J-20.

It could be argued, though not terribly convincingly, that the J-20 and Su-57 can coexist in the same air force because they serve fundamentally different operational roles. As The National Interest’s David Axe aptly describes, the J-20 is “a fast-flying, defense-penetrating missile platform.” That is, the J-20’s intended role is to slip deep past sophisticated air defenses in order to target critical infrastructure or land units. This is a completely different design philosophy from the Su-57, an air superiority platform that trades certain stealth and ground attack features for unparalleled dogfighting potential. All that being said, defense analysts are rightly skeptical that the PLAAF is interested in maintaining a regular Su-57 combat squadron.

The likelier hypothesis, and the one recently floated by Chinese aircraft designer Wang Yongqing in an interview with Chinese outlet Global Times, is that the Chinese are interested in the Su-57 for training and R&D purposes. A deep dive into the Su-57’s design—especially if they get one with the much-anticipated, second stage Izdeliye 30 engine—could provide Chinese aerospace engineers with insight in ways to improve the J-20’s design or production process.