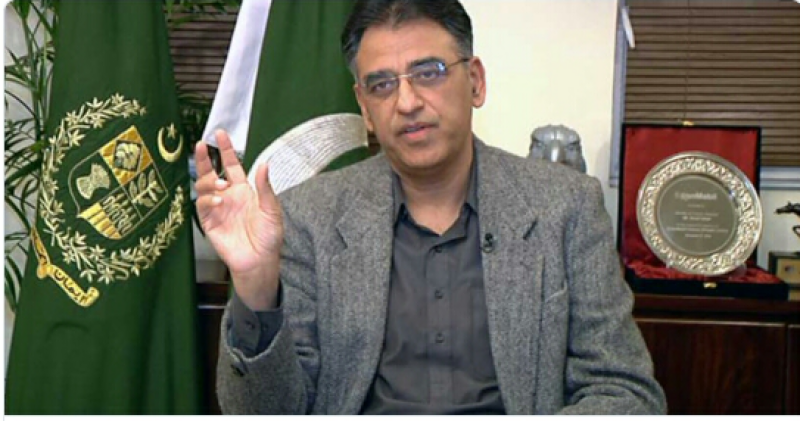 ISLAMABAD: Finance Minister Asad Umar on Monday envisaged that the country’s economic growth rate would be the highest in 15 years by 2023 on the completion of five-year term of the the incumbent government.

Without giving any consolidated target figures, he said it would not be a managed growth, but a sustainable one, as the government had initiated various reforms to put the economy on right track and resolve its major issues.

Launching a medium-term framework “A Roadmap for Stability, Growth and Productive Employment” here at the BISP headquarters, the minister said, “More importantly, this sustainable growth would not be achieved by increasing the fiscal deficit, nor by creating balance of payments crisis, but would be on sustainable grounds after resolving all the fundamental issues of the economy.”

He said the World Bank had reported that if Pakistan continued its journey on the right path with consistency, it would have $2 trillion economy by 2047 and would be ranked among countries having upper middle incomes.

Asad viewed that economic policies should be devised keeping in view future prospects. If the policies were focused on winning next elections instead of welfare of future generations, the same cycle of problems would be repeated.

He expressed the hope that after five years, the next finance minister would not be explaining here how he had to face balance of payment crisis or to opt for International Monetary Fund (IMF) assistance, or the reasons for increasing inflation and depreciation of rupee.

The agreement the government was going to sign with the IMF would be the last one, he hoped.