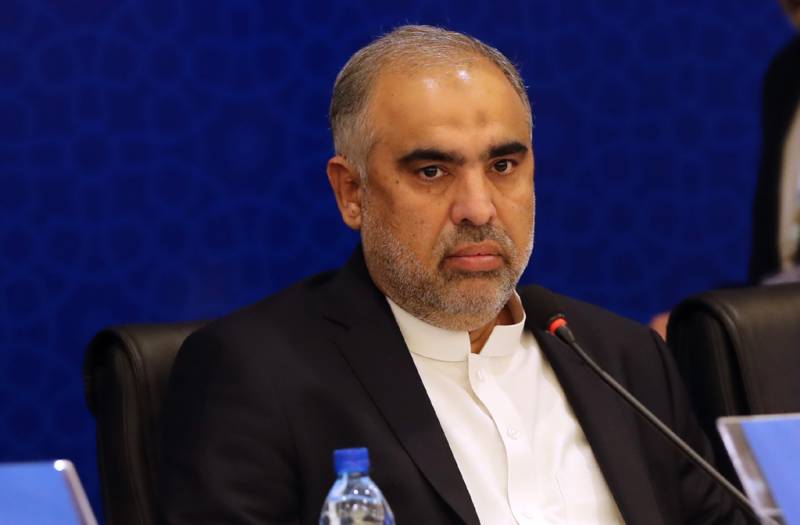 ISLAMABAD: National Assembly Speaker Asad Qaiser has said that human security, economic prosperity, social inclusion, environmental sustainability and resilience of the socio-ecological systems were only possible in the presence of inclusive institutions.

According to a message received from Qatar, the NA Speaker was addressing 140th Assembly of the Inter- Parliamentary Union (IPU), which started in Doha on Saturday.

He said investment in education in state budgets, including fair student loans and grants, could help achieve the dreams of a smarter and more peaceful society.

He also mentioned that the nature of the problems in the 21st Century required education based policy formulation in a way which was beyond frontiers, globally suitable and locally administrable.

The speaker said Pakistan had been an ardent adherent of the IPU Charter, and an active participant in the IPU processes.

He condemned the terrorism in all its forms and manifestations and mentioned that Pakistan had braved terrorism for over two decades and had rendered 60,000 precious lives of its innocent citizens in the war against terrorism.

Asad Qaiser stressed for the need of parliamentary diplomacy, saying as lawmakers and representatives of the people, parliamentarians had a powerful role to play. “Legislation, like that for free and compulsory education, can make a powerful difference,” he added.

He mentioned that through parliamentary oversight, governments could be held accountable to ensure that those were striving for peace and development. The incumbent government in Pakistan had opted for open, articulate, peaceful and principled public policies.

The government and the people of Pakistan, he added, were aspirant for peaceful engagement with all its neighbours. Pakistan always wanted peace in the region as it had expressed its responsibility for peace and development in the region during the recent escalation with India. The recent escalation of tensions in South Asia might have passed its immediate intensity, but it was clear that the entire episode had left a slew of new worries for policymakers all over the world.

He said wars never resolved political disputes and the costs of war, both on human and material, remained too great. Stressing the need for dialogue, he said, “We wake up to the very real possibilities of war. We must give dialogue another chance, a dialogue that is neither preconditioned nor selective but a dialogue that encompasses the whole gamut of our troubled relationship.”

Pakistan, he said, believed that a new consensus on peace, security and development, could and should be developed.

He said, “As people’s representatives, we must realize that the priority areas for the masses are peace, security and the rule of law and should set a new example for peace and prosperity of the world.”

He appreciated the perfect arrangement of 140th IPU General Assembly event in Doha and expressed gratitude to Ahmad bin Abdullah Al Mahmoud, the Chairman of the Shura Council of the State of Qatar for warm hospitality extended to him and other members of his delegation.