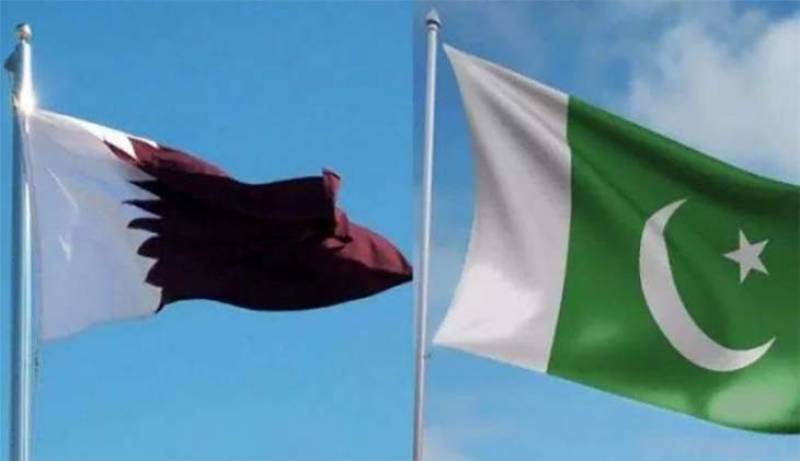 The hallmark of the visit was Speaker Asad Qaiser’s presidency of the 34 member Asia-Pacific Group of the IPU, a press release said.

This is for the first time in the history of Pakistan that the country has been chosen to lead for a one-year term this important group that also includes China, Iran, India and Japan besides Canada, New Zealand and Australia. A seven member joint parliamentary delegation led by Speaker of National Assembly Asad Qaiser and comprising Senator Raza Rabbani, Senator Walid Iqbal, Senator Shahzaib Durrani, MNAs Shazia Marri, Rana Tanveer-ul-Hassan, Sher Ali Arbab and Agha Hassan Baloch made an impressive mark on the proceedings.

The Speaker of National Assembly met the Chairman of the Qatar’s Majlis-e-Shoura Ahmad bin Abdullah Al Mahmoud, who warmly received the Pakistani Speaker along with his delegation.

During the meeting of the two heads of the Parliament, it was agreed to expand the scope of the existing relations for the benefit of the two nations by involving the parliaments of both countries.

Speaker Asad Qaiser thanked the Qatari counterpart for the 100,000 jobs announced by Qatar government for Pakistanis and hoped that the figure would be further enhanced.

He also recalled the historic reception, accorded to Prime Minister Imran Khan during his recent visit to Qatar and hoped that the Amir of Qatar and the Speaker of the Qatari Parliament would also visit Pakistan.

The Qatari speaker referred to the historical ties between the two states and praised Pakistan’s role in bringing about reconciliation among the Muslim Ummah.

He assured his complete support to Pakistan. He said he looked forward to his visit to Pakistan in order to further cement the cooperation between Pakistan and Qatar.

Speaker Asad Qaiser also held meetings with the Speakers of Nepal and Kazakhstan. Speaker of the National Assembly of Nepal Krishna Bahadur Mahara praised Pakistan’s role in South Asia as the two sides stressed to reactivate the SAARC forum.

Speaker Asad Qaiser offered the newly elected Speaker of the nascent Nepalese Parliament, Pakistan’s assistance in developing parliamentary institutions through tailor-made training course for Nepalese parliamentarians at the Pakistan Institute of Parliamentary Services (PIPS) and the offer was accepted with thanks.

During his talks with his Kazakh counterpart Nurlan Nigmatulin, Speaker Asad Qaiser was invited to participate in the forthcoming conference of the Speakers of Eurasia, scheduled to be held in the Kazakh capital of Almaty in September this year.

It was in this spirit that the National Assembly of Pakistan was all set to hold a parliamentary seminar in collaboration with the Kazakhstan Embassy in Islamabad on promoting socio-economic ties with Kazakhstan by invoking the dictums of parliamentary diplomacy.

The Kazakhstan Speaker thanked Speaker Asad Qaiser for his personal interest in promoting relations between the two countries.

In another major development, Pakistan’s Sher Ali Arbab was elected to the Standing Committee on Peace and International Security, Shazia Marri was chosen to sit on the High Level Advisory Group of the IPU on Countering Terrorism and Violent Extremism as well as on the Standing Committee on Sustainable Development, Finance and Trade, while Senator Shahzaib Durrani was elected to the Bureau of the Young Parliamentarians Forum.

The acceptance of the Pakistani candidatures by the international parliamentary community was termed as a sign of global trust in Pakistan’s fast developing democracy.

The Qatar IPU was the first international visit of Pakistan’s Speaker ever since he got elected in August last year.