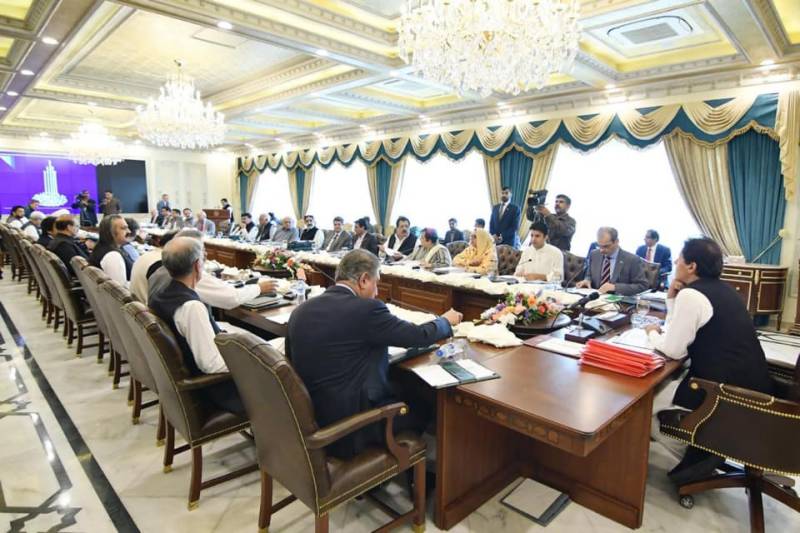 ISLAMABAD - Information Minister Chaudhry Fawad Hussain has said the federal cabinet, which met in Islamabad on Tuesday with Prime Minister Imran Khan in the chair, approved construction of 1,35,000 apartments under Naya Pakistan Housing Authority across the country.

Briefing media in Islamabad this afternoon, he said the cabinet granted approval to the establishment of Naya Pakistan Housing Authority, He said 25,000 apartments will be built in Islamabad for federal government employees and Prime Minister Imran Khan will inaugurate the scheme on 17th of this month. He said 110,000 apartments will be constructed in Balochistan, where fishermen of Gwadar can get residence as well.

Chaudhry Fawad Hussain said the Prime Minister also directed crackdown against big fish involved in theft of electricity and gas. He said pilferage of electricity worth forty billion rupees has been prevented due to effective measures. He said cases have registered against those involved in gas and electricity theft. He said gas worth three billion rupees was stolen in last three years. He said 43 percent gas is being stolen. He said 93 percent of gas in Karak district and 41 percent in Balochistan went unaccounted for.

The Minister said that a train station is being established at Nankana Sahib after the name of Baba Guru Nanak. He said the cabinet approved directing all the government departments to use Pakistan Post for official communication.

Chaudhry Fawad Hussain said that a grant of 94 million Euros from Germany was also approved to be utilized for the provision of clean drinking water to the residents of Faisalabad.

He said the cabinet also nodded establishment of Media University with its headquarters in Islamabad. He said media technology, digital media, cinematography, and other modern media techniques will be taught at the new state of the art university. He said the media university will be established after merging three academies namely PTV, Information Academy, and Pakistan Broadcasting Academy.