Disgruntled Fazal ur Rehman to meet Zardari after meeting with Nawaz Sharif
9 Apr, 2019 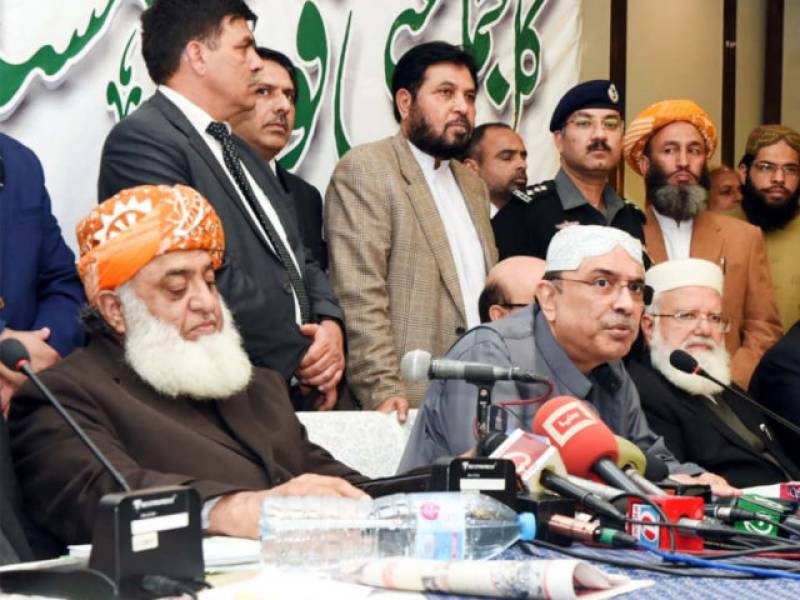 Speaking to the media, the JUI-F chief said that he believes connection among opposition parties should remain intact. The party chief said that after elections all political parties have been on the same page that elections were rigged. He added that he will be meeting the PPP leader in the next few days.

He continued that the country was run by the Prime Minister Imran Khan who was ‘fake and khala’i (extra-terrestrial)’. He added that the current government is an installed one. Talking about the National Accountability Bureau, Rehman said one should not expect accountability or justice from it. “I think we need to take some strict decisions when it comes to NAB,” he added.

Earlier, the JUI-F chief had met former PM Nawaz Sharif at at his residence to inquire about his health. The two also discussed the political situation in the country, local media reported.

Following his meeting with Sharif, Information Minister Fawad Chaudhry took to Twitter and asked the judiciary to take notice of the meeting. Chaudhry wrote that Sharif had lied to the Supreme Court about his illness and was granted bail. The minister added that now Fazlur Rehman was meeting Sharif and is providing political oxygen him.