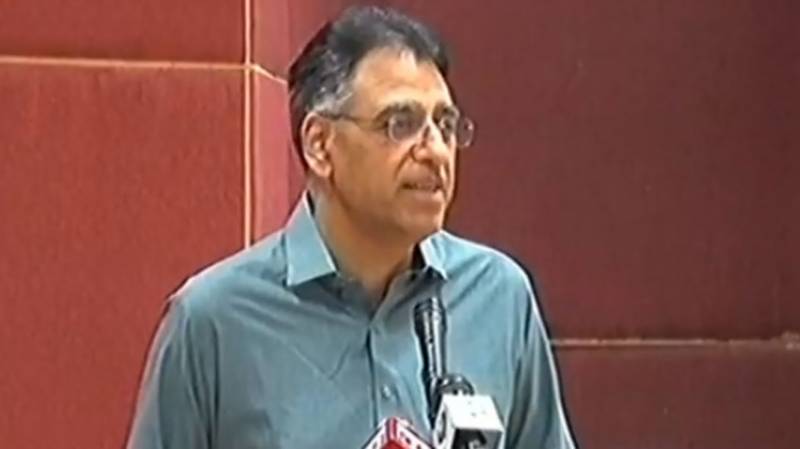 Finance Minister Asad Umar said the crisis stage of Pakistan's economy has passed and now we have entered into economic consolidation phase.

Addressing a ceremony of the launch of Medium Term Economic Framework in Islamabad on Monday afternoon, he said trade will be promoted in the region to fasten the pace of economic development. He said China-Pakistan Economic Corridor (CPEC) will integrate the region and increase connectivity.

He said enforcement capacity of the FBR will be increased in order to bring more and more people into tax net. Asad Umar said the system of FBR is being linked with NADRA for easier exchange of information.

Finance Minister said FBR has been directed to simplify the tax form, so that people do not feel deterred. He said a Tax Unit is also being established with the help of experts.

Asad Umar said in the next budget Supplementary Grants will be abolished and a new law of Public Finance Management will be introduced.

He regretted that saving rate of the country is very low in the whole region. Asad Umar said saving culture will be promoted in order to increase investment and economic development.

He said linking economic development targets with election objectives is not reasonable.