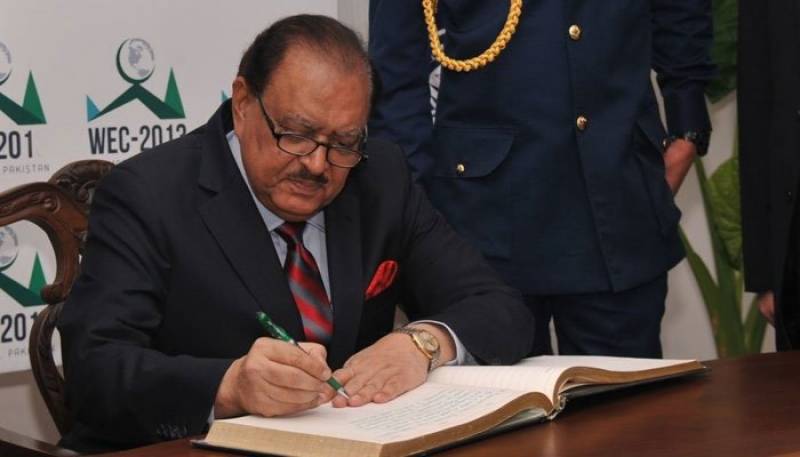 The ordinance encompasses assets obtained on installments, declaration of property as per the "fair market value" and its confiscation by the government in case of violation, declared and undeclared foreign assets, including "real estate, mortgaged assets, stock and shares, bank accounts, bullion, cash, jewels, paintings, accounts and loan receivables, beneficial ownership or beneficial interests or contribution in offshore entities and trusts."

It said the officials appointed by the government for the implementation of the ordinance would be empowered. The provisions of the ordinance shall apply to all citizens of Pakistan wherever they may be, except "holders of public office, their spouses and dependent children."

The prime minister launched the amnesty scheme and reforms package in a last-ditch attempt at broadening the government's revenue base, merely 55 days before the end of the government's tenure.

-Tax exemption on annual income up to Rs1.2m

-Dollar accounts can be declared and kept abroad at 5% penalty

The government says most tax evasion occurs in real estate transactions. There are huge gaps in property values and the amounts at which they are registered, said the prime minister.

-Advance tax to be adjusted in income tax liability

-Govt can buy property by paying 100% above declared value

Govt to monitor financial records of citizens and issue notices if it finds tax evasion. Parliament to decide penalties.

Tax evasion has been rampant in Pakistan, where only 1 percent of the adult population pays tax.Announcing that all 120 million national identity card holders would be assigned tax numbers, Abbasi had told a news conference in Islamabad: "If you don't pay taxes, Pakistan will not be sustainable."

He had said that politically exposed persons (PEPs) and their families were not eligible to benefit from the scheme — valid till June 30.

"Under the amnesty plan, all Pakistanis will be able to declare their unreported income and assets and bring their money into the tax base after paying a 5 percent one-off penalty," Abbasi had said.

Adviser to the prime minister on Finance Miftah Ismail assuaged the concerns of the Financial Action Task Force (FATF) on Saturday and assured the tax amnesty scheme does not violate money laundering laws.

Ismail shared that he has received an e-mail from the global money-laundering watchdog, FATF, calling for global needs and the agreed-upon guidelines to be respected.

“The FATF has stressed upon strict monitoring of money laundering and terrorist financing activities,” the Pakistani premier’s financial adviser said.

Ismail further said he has not responded to the email as yet.