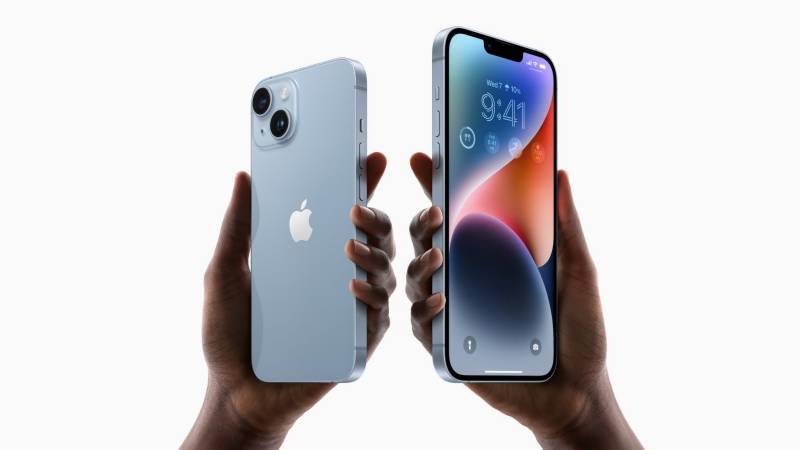 The company dropped the iPhone mini, its low-cost device while the price for the new device starts at $799 despite the rumors claiming it would cost as much as $1,100.

The gadgets were unveiled during a press event on Wednesday, along with three new Apple Watches, and an updated AirPods Pro.

The top-of-the-line iPhone 14 Plus comes with a 6.7-inch display for a larger canvas, while iPhone 14 offers a compact 6.1-inch display. For top-notch performance, it comes with A15 Bionic, and iOS 16, which according to the company makes iPhone more essential than ever.

The latest devices are powered by a powerful new camera with a huge leap in low-light performance. New TrueDepth performance is exceptional for the front-facing camera that automatically focuses on objects and people within the frame, besides the Ultra Wide sensor that captures more of the scene.

The devices will be available in five eye-catching colors: midnight, starlight, blue, purple and product red.

Interestingly, the latest iPhone lineup needs no physical SIM card and instead uses a digital, e-SIM card. The update also enables users to store multiple e-SIMs on the same device and have multiple cellular plans and phone numbers on the same phone. Satellite connectivity

The satellite SOS remained in the limelight as this is announced for the first time by any device manufacturer. Users will be able to use its FindMy app to share their location via satellite when they have no other connectivity.

Apple will provide free service for two years with the iPhone 14 and it will charge later for the use. Apple Watches

Three new Apple Watches were also unveiled including a new Watch Ultra model which can be used in extreme sports and diving and is designed to challenge sports watch specialists.