Pakistan will always be a priority for China in its foreign policy: Wang Yi
8 Sep, 2018 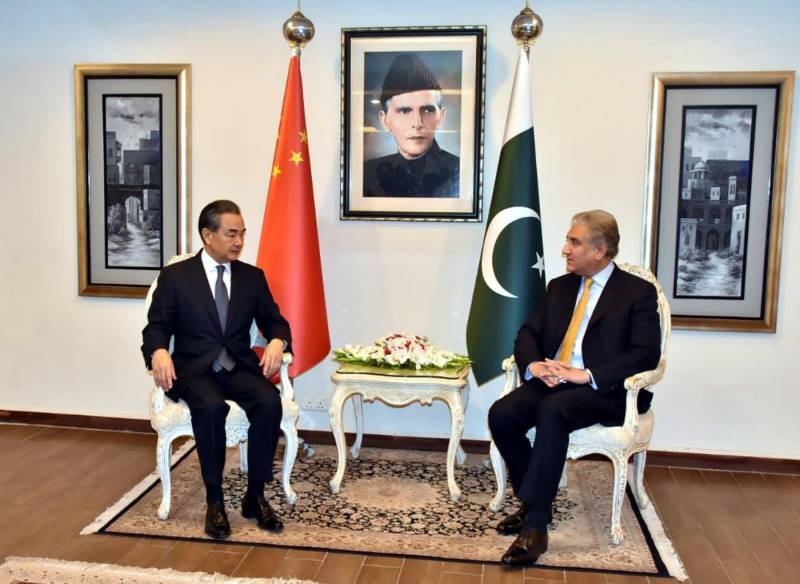 ISLAMABAD - Chinese Foreign Minister Wang Yi says Pakistan will always be a priority for China in its foreign policy.

He held out the assurance during his meeting with Foreign Minister Shah Mehmoud Qureshi in Islamabad today.

The Chinese foreign minister reiterated that Pakistan is China’s Iron brother and the bilateral partnership helped promote regional peace and stability. He said China will work with Pakistan to prioritize CPEC projects so as to benefit all regions of Pakistan.

The two Foreign Ministers held an in-depth exchange of views on the entire gamut of bilateral relationship including economy CPEC, defence culture and education.

Mr. Wang Yi congratulated Shah Mehmood Qureshi on his appointment as the Foreign Minister and conveyed the message of goodwill from the Chinese leadership to the new Government of Pakistan.

Shah Mehmoud Qureshi reciprocated the sentiments of the Chinese counterpart and reaffirmed commitment to strategic partnership between the two countries. He underlined that regardless of political changes, the bilateral relationship will remain as strong as ever.

The Foreign Minister highlighted the significance of CPEC for the socio-economic development of Pakistan and stressed that it will always remain a national priority of Pakistan. During the meeting, the regional situation also came under discussion.