US scapegoating Pakistan for its failure in Afghanistan will not work: International media
8 Sep, 2017 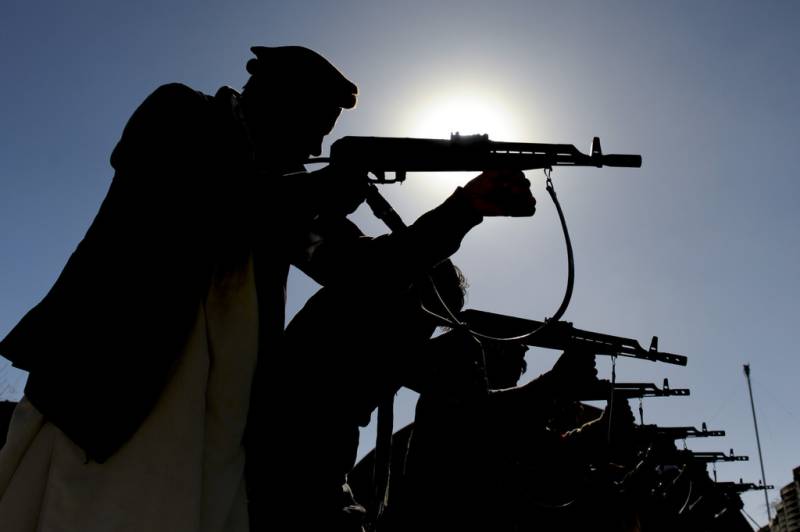 WASHINGTON: US is doing the same thing over and over again, but expecting different results.” This sums up Pakistan’s perspective of President Donald Trump’s Afghan policy. After sixteen years of war that has cost Americans $1 trillion, Trump has opted for the tried, tested and failed formula of conflict militarization in Afghanistan. At the same time, Trump has called out Pakistan on its duplicity of allegedly “harbouring terrorists” and urged India to play a larger role in stabilizing Afghanistan.

In Pakistan, there is disappointment on Trump’s blame game. Instead of acknowledging Pakistan’s sacrifices in the war on terror that have left sixty thousand people dead and cost over $118 billion in economic losses, Trump has conveniently scapegoated Pakistan for American failures in Afghanistan.

The United States needs a reality check: not Pakistan, but America’s inconsistent policies and impatient approach have destabilized Afghanistan. Since 2009, the U.S. policy in Afghanistan has changed every year. For instance, in 2009, the Obama administration opted for troop surge arguing there were not enough boots on the ground to win the war. In 2010, the U.S. focus shifted its focus to poppy eradication, which was deemed as the main factor that fueled the Taliban insurgency. Then, in 2011, the United States developed an obsession with rampant corruption in Kabul that undermined the U.S. nation-building efforts.

Unable to break the deadlock of the Afghan conflict militarily, in 2012, the United States reached out to Pakistan to peruse political reconciliation with the Taliban. Retired Gen. Ashfaq Pervez Kiani, who was Pakistan army chief at the time, handed over his white paper to President Obama as a blueprint for Afghan reconciliation. In 2013, the U.S. paradoxically adopted the policy of fight-and-talk simultaneously. In 2014, U.S. forces and NATO forces started pulling out from Afghanistan and handed over security responsibilities to Afghan forces. However, in 2015 and 2016, as opposed to his original plan of keeping one thousand U.S. troop in Afghanistan, President Obama stationed eight thousand U.S. troops and four thousand NATO troops under the Resolute Support Mission.

With his Afghan policy, Trump has revived the fight-fight approach as the war in Afghanistan comes full circle. It is not hard to imagine that fifteen thousand foreign troops would not be able to gain what 150,000 international troops could not achieve. It will give the Taliban all the more reasons to continue their armed struggle. Trump will deny the Taliban an outright military victory with fifteen thousand troops, but he is unlikely to gain a position of strength to force the Taliban to the negotiation table.

It is over-simplistic to assume that the United States lost the war in Afghanistan because of the Taliban sanctuaries in Pakistan. The cross-border sanctuaries may be an enabler but not a game changer for the Taliban’s battlefield victories in Afghanistan. Today, more than more than 40 percent of Afghan territory is under Taliban’s control and they do not need safe havens in Pakistan to continue the war. In addition, the Taliban have diversified their regional links with Tehran, Moscow, Beijing and Qatar to minimize their sole reliance on Pakistan. Given this evolving regional dynamics of the Afghan conflict, bringing Afghanistan’s war inside Pakistan will be counterproductive.

Notwithstanding Pakistan’s sincere efforts to facilitate political reconciliation between Kabul and the Afghan Taliban (on U.S. insistence), it was twice backstabbed. In 2015, the disclosure of Mullah Omar’s death during the Murree peace talks between the representatives of the Taliban and Afghan government derailed a process that looked promising. The jury is still out on who leaked the news and who benefited from it. On the second occasion, Islamabad was betrayed when the United States killed Mullah Omar’s successor, Akhtar Mansour, with a drone strike in Balochistan when he was returning from Iran. Following Mansoor’s death, the Quadrilateral Coordination Group-led peace process, comprising China, Pakistan, United States and Afghanistan, crashed.

The American demands of increased cooperation from Pakistan while ignoring the latter’s legitimate security concerns in Afghanistan is foolhardy, to say the least. Washington’s backing for New Delhi to play a larger security role in Afghanistan will fuel the India-Pakistan proxy war.

Moreover, the U.S. intimidation of blocking military and civilian aid cuts no ice with Pakistan, as it is no longer dependent on the U.S. aid. That aid is a political tool that the Trump administration is leveraging to force Pakistan to cooperate. Of all the American financial assistance that Pakistan has received since 9/11, 60 percent is military aid and 40 percent is civilian aid. The military aid paid under the Coalition Supports Fund is reimbursement for what the Pakistan army spends in counterterrorism operations in the Afghanistan-Pakistan border region. As far as civilian aid is concerned, 80 percent of it goes back to the United States in consultancy overhead cost and only 15–20 percent is spent in Pakistan. Moreover, the aid that Washington provides Pakistan is not for egalitarian reasons, but to enhance its own security and global image.

The problem is everyone wants peace in Afghanistan, but only on his or her terms. Pakistan believes the path to Afghan reconciliation goes through Islamabad and requires power-sharing with the Taliban. The Trump administration believes it can kill its way to victory by ramping up the war effort and keeping the Taliban out of power. Similarly, New Delhi and Kabul want peace in Afghanistan sans the Afghan Taliban. -  The National Interest