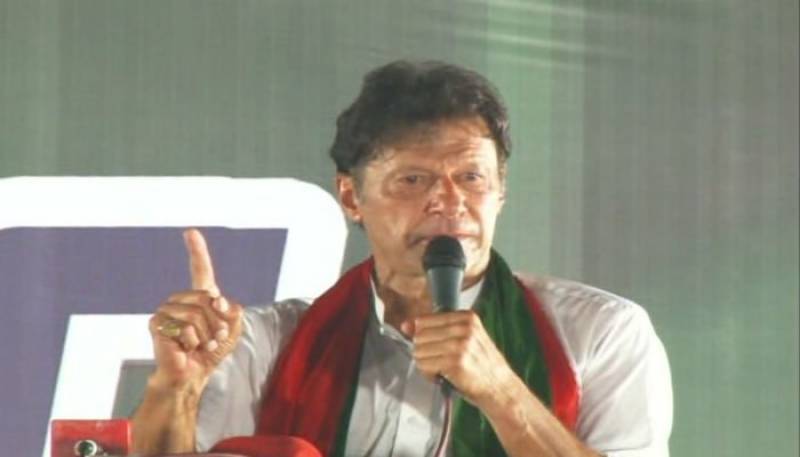 PTI held a massive show of power ahead of NA-120 by-poll in Lahore, where PTI's Yasmin Rashid will go head-to-head with PML-N's Kulsoom Nawaz, the wife of former prime minister Nawaz Sharif.

Imran Khan while talking to the jubilant crowd said that he is baffled at the amount looted by the Sharif family. “I played cricket in Britain for 13 years after which I was able to afford a flat there,” he pointed out.

We should ask PML-N [Pakistan Muslim League-Nawaz] leaders what business were Nawaz’s children doing that they became billionaires at such a young age, he said.

Speaking about the positive changes in Khyber Pakhtunkhwa under PTI's government, Imran Khan remarked: “We reduced poverty by five percent, we planted a billion trees, we improved the public hospitals, we helped the need, we formulated policies for the nation.”