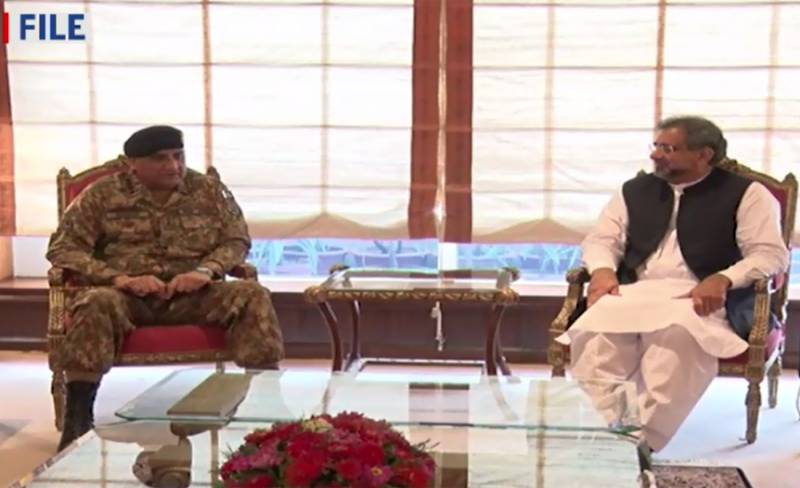 According to the ISPR, they discussed matters pertaining to regional situation and national security.

The prime minister took the COAS into confidence over Envoys Conference.

The prime minister directed Minister for Law and Justice Zahid Hamid to fast track legislative and administrative measures for mainstreaming of FATA in rest of the country.

The committee took many decisions to expedite the process of its implementation.

The committee approved the fast-track recruitment of police and redeployment of some of the frontier constabulary, after training, to perform police functions.

Chief of Army Staff General Qamar Javed Bajwa briefed the committee on the successes achieved in establishing writ of the state throughout FATA and on the steps taken to strengthen security, border infrastructure and the development efforts during the last few years.

The prime minister in his remarks reiterated that the basic purpose of these reforms was to improve the living standard of FATA people.