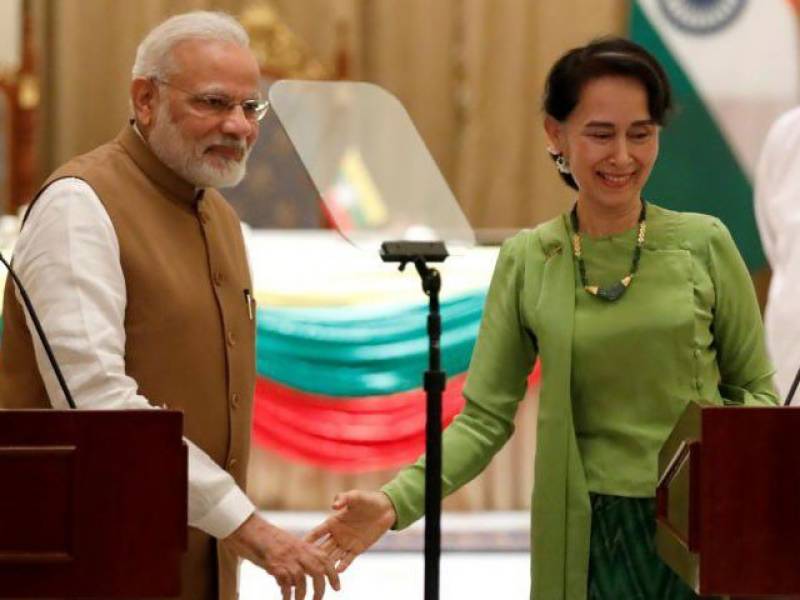 India had announced to expel 40,000 Rohingya Muslims who had fled Myanmar and reached India as refugees. India has also refused to condemn the Myanmar government atrocities against Rohibgya Muslims.

Today In a clear show of solidarity with Myanmar, India has refused to be a part of a declaration adopted at an international conference saying it carried “inappropriate” reference to violence in Rakhine state from where 125,000 Rohingyas have fled to Bangladesh.

According to a Times of India report, an Indian parliamentary delegation dissociated itself from the ‘Bali Declaration’ at the ‘World Parliamentary Forum on Sustainable Development’ held in Indonesia.

“This was in view of the fact that the declaration, which was to be adopted at the conclusion of the forum, was not in line with the agreed global principles of ‘sustainable development’,” said a press release issued by the Indian Lok Sabha Secretariat.

India said that the purpose of convening the Parliamentary forum was to arrive at a mutual consensus for implementation of SDGs (Sustainable Development Goals) which requires inclusive and broad-based development processes.

“Therefore, the proposed reference to the violence in Rakhine state in the declaration was considered as not consensus-based and inappropriate,” added the press release.

The part of the declaration to which India objected spoke of the forum expressing “deep concern on the ongoing violence in the Rakhine State of Myanmar, amongst others…”

The declaration went on to “call on all parties to contribute to the restoration of stability and security, exercise maximum self-restraint from using violent means, respect the human rights of all people in Rakhine State regardless of their faith and ethnicity, as well as facilitate and guarantee safe access for humanitarian assistance.”

India took its stance on the Rohingya conflict a day after Indian PM Narendra Modi ended his visit to Myanmar where he expressed solidarity with the government against the “extremist violence” in the Rakhine state.

The country-specific amendment to the draft declaration was proposed at the last minute by selective countries, which referred to the violence in Myanmar.

“India argued that specifying a particular country is unjustified as this Forum is focused on SDGs (Sustainable Development Goals) and inclusive development for all countries based on a cooperative and collaborative approach to achieve the 2030 Agenda for the world,” said the press release.

India said, “Never before ‘country-specific’ issues have been included in the declaration as these dilute the objective of these Forums which require unity and focused efforts of all the countries,” the release said.

This story originally appeared on the Times of India.